The past couple of weeks have witnessed an explosive increase in the spread of the Corona Virus (#Covid-19) with deaths being reported in Asia, the United States and a major part of Europe. The gambling sector has felt the heat of the virus’ epidemic after countries suspend sporting activities in efforts to contain the lightning speed spread of the virus. 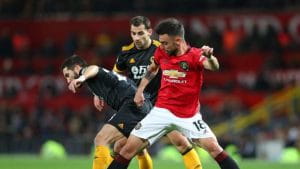 Italian Serie A Suspended as Italy Enters Into a Lockdown Period

The Serie A became the first league to be suspended as Italy becomes the first European country to enter into a lockdown period. The country’s Prime Minister Giuseppe Conte announced the suspension of the League and all other sporting and gathering activities across the corona Virus ravaged country. “There is no more time, the numbers tell us there is a significant increase in the contagion, in intensive care and the deaths,” Conte told a press conference. “Our habits have to change, we must sacrifice something for the good of all of Italy. This is why we will adopt even more stringent measures. “I will sign the new decree, which can be summed up with the phrase ‘I am staying at home.’ There are no more red zones, there is just an Italy that is protected. “We must avoid travel unless for proven work reasons, health reasons or other necessities. We ban large public gatherings.

“We also have more stringent measures in mind for sporting events. Serie A and all sporting tournaments, in general, are suspended. All the fans must accept that,” said the prime minister in a press briefing.

Attempts to play the games in closed doors, (without fans), became futile when some of the league players tested positive of the virus.

The English Premier League, the English Championship as well as the League 1 were fully suspended by the Football Association on Thursday 12th March 2020 due to corona outbreak in England.

Premier League chief executive Richard Masters said: “In this unprecedented situation, we are working closely with our clubs, government, the FA and EFL and can reassure everyone the health and welfare of players, staff and supporters are our priority.”

The Premier League said it aims to reschedule the displaced fixtures in the near future. The Football Association was also quick to comment through a statement which partly read, “all parties are committed at this time to trying to complete this season’s domestic fixture program.”

The EFL said, “This decision has not been taken lightly, but the EFL must prioritize the health and well-being of players, staff and supporters while also acknowledging the government’s national efforts in tackling this outbreak.”

According to reports, several players in the premier league such as Chelsea’s forward Callum Hudson Odoi have tested positive. The player is said to be in quarantine and recovering well. Arsenal’s head coach Mikel Arteta was also diagnosed with the virus but through a statement said that he was recovering well and looking forward to returning to action.

English Leagues will resume on 3rd April if the virus will have been contained.