The advent of Cascading reels in slot machines

With the gaming industry taking strides towards a more immersive experience for its audience and consumers alike, online games that boost the betting industry have also incorporated new features in order to sell a more authentic yet virtual experience. Software providers also saw a niche in the market to improvise, thus providing fantastic features such as progressive jackpots, which grows incrementally with each bet a player makes into the slot machine, win both ways, auto play, nudges, fruit machine hold and bonus games with gamble features. The feature that perhaps changed everything was the cascading reels. 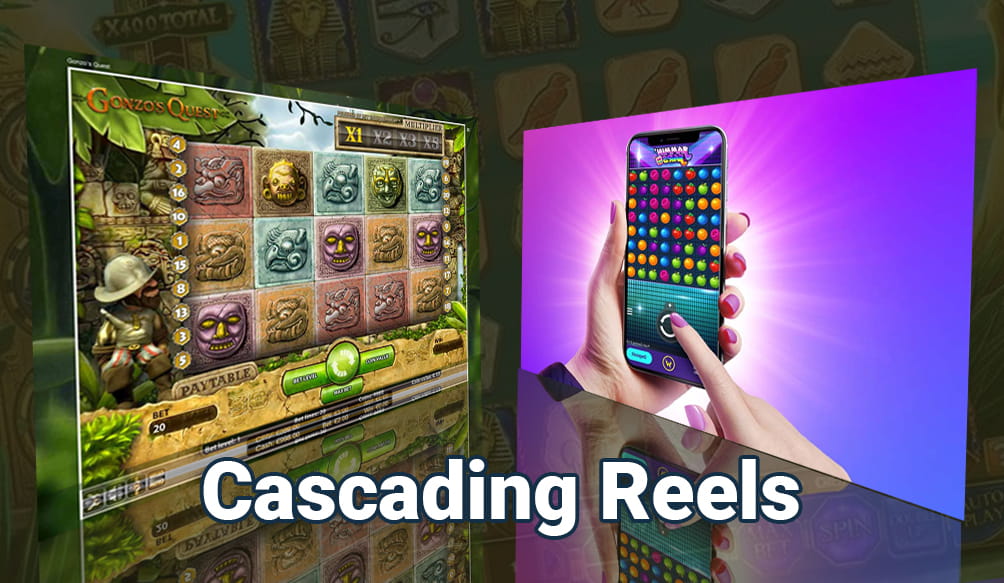 A cascading reels slot machine differentiates itself from a standard example because it allows for the symbols to completely disappear with new symbols taking their place, which allows for the player to increase their chances of winning with each and every spin, thus making the game more realistic.

Cascading Reels in slot machines and how they work

Reminiscent of the online games that used a synchronized bit pattern passed graphics engine such as Gemix and Tetris, cascading reels slots use the row-based winning pattern synchronization to determine the winning combination. When a particular symbol fulfills the requirement of being a winning combination, the player gets paid for the win. Upon payment, the symbols immediately explode and vanish. This allows for newer symbols to gently fall or cascade into their place. As the symbols are being replaced instead of being reused into a newer combination, the chances of winning are much better.

Some more advantages of cascading slots or avalanching reels and collapsing reels as they are also referred to be bigger win potentials, more thrilling gaming sessions, and longer-lasting gameplay without the problem of paying off the extra.

Initially being utilized in a run of the mill 5×3 video slots, the cascading reels are also being used in the more advanced and complex list of grid slots and Mega ways slot machines that have been licensed by major betting and gaming powerhouses such as BTG. Grid slots usually have a 7×7 grid with symbols slowly cascading or falling from above. An example of this cascading reels slot machine online is the Viking rune craft from the famous company play and go.

A major reason for the success of this game is that apart from just winning rewards, the players are also enticed with bonus challenges and unlockable items. Big Time Gaming or BTG, as they are more commonly referred to as had their own rendition of the cascading slot machine called mega ways. Mega ways allow the player to play with a number of different strategies to find the combination necessary for a payout. This feature is contained in slots such as extra chili, medusa, and bonanza.

We would love to hear about your favorite cascading reels slot machine!