Sky and Arena Racing company has been followed by Betfred along with four high-profile operators in signing a multi-year turnover-based streaming and data deal in their horse racing digital platform ATR (At the Racing). Betway, Boylesports, BetVictor and Unibet have all agreed new deals whereby ATR will receive a share of turnover on all bets placed on racing that is separate from the previous price-per-stream pricing model. 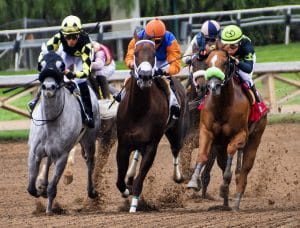 Each deal covers the delivery of race day data and streamed pictures. ATR sells this as the licensee for Arena’s racecourse rights holders. As each deal takes effect from January 2020, all content will be delivered to partners via Sport Mediastream, which is ATR’s proprietary streaming platform.

Mathew Imi, the chief executive at ATR said that they are delighted to have concluded these four important agreements and look forward to working closely with their partners to maximize betting turnover on their racing product.

The announcement followed just a week after news that Betfred had become the first operator to sign up for a streaming deal under the new model. This just goes to show that there is a growing acceptance of the turnover-based model. It has however, been reported that bookmakers have some concerns over this new model. They are worried that margins will be eroded or even lead to a coverage blackout if some refuse to work under the new terms with ATR.

The main argument against the structure by the industry is that, the eroded margins could force the dropping of promotions such as best odds guarantees by the betting industry. This in turn will lead to a decline in customer spend and lower revenue for the operators and tracks both.

Inspired Entertainment on Thursday 19th November 2019 announced that it had agreed a deal with Australian gaming solutions provider Novomatic to provide a range of virtual sports games to NovoPrime sports. The deal would see Inspired feature games such as football, horse racing, trotting, greyhounds, motor racing, and basketball. Inspired also recently signed an agreement for a new virtual football game with NFL alumni. It was reported that the new virtual football game would be based on former American football players.

“We are focused in developing a premiere global turnkey sports betting platform solution for retail, online and virtual sports. This would perfectly round out our portfolio of offerings,” remarked Alan Bruce, the head of NovoPrime sports. He went on to further add, “The ultra-realistic graphics of Inspired’s virtuals provide a higher frequency complement to real sports betting. We are particularly elated for consumers since they will experience ground breaking virtual sports games that will help inn the continual creation of streams of betting content.”

The partnership is also reported to have a huge potential as it will bring virtual sports to previously unexplored territories in terms of geography, customer verticals and distribution channels.