Gambling Firms Jubilates On The Reintroduction Of XFL 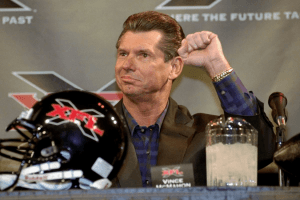 Fox Bet and Fan Duel are big scorers so far as they have secured partnerships with the league organization, with Fox Bet taking most of the rights.

Fox Bet Has Been Announced As The Authorized Operator For XFL

According to the contract, Fox Bet will be tasked with the responsibility of providing competitive lines and odds. Additionally, they will develop public awareness through advertisements. To achieve these goals, XFL has surrendered all its resources such as brands, logos and league data to Fox Bet to help the gambling firm market the league effectively. In line with the new deal, Fox Bet has released a special application and free-to-play games specifically for XFL bets.

According to the Fox Bet CEO, Robin Chhbara, the company is delighted to have a partnership with the XFL and they have a bigger picture of redesigning XFL in America. On the other hand, Fox Bet COO, Jeffrey Pollack, states that the organization is proud to be partnered with the leading betting firm in the US stating that “it is a very important player in the community”

Fuel Duel has been tasked with the facilitation of fantasy sports betting in the XFL. The firm has a great reputation as the first choice fantasy sports platform on DFS Options in the United States. The company’s president, Kip Levin, stated that XFL and Fan Duel have similar core dreams of “creating global compelling fan experiences” and the partnership will see the two firms head towards achieving their goal.

Why Will XFL Become a Gambler’s Paradise?

The reintroduction of XFL is perfectly timed, just when the fans are still sizzling in the recent NFL season’s memories. XFL is a 10-week season which kicked off on 8th February and presents itself as the best option to the football starved gamblers through its partnership with the top gambling firms in the country.

“As part of the agreement, FOX Bet has the right to use the XFL’s official data feed, league marks, team logos, player and coach likenesses, and certain league content across its FOX Bet sports betting app and FOX Sports Super 6 free-to-play game,” the companies said in a statement.

In 2019, Fox Bet sliced a $236 million share in the Stars Group pushing its way straight into the heart of sports Wagering Arena. XFL is owned by Vincent McMahon’s Alpha Entertainment and it replaces its predecessor which collapsed in 2001. Apart from FOX Bet, Draftkings also secured a partnership with the league, however, with lesser rights than Fox Bet.

“FOX Bet will promote and offer XFL-centric betting markets to its customers and create a special FOX Sports Super 6 game for each week of the XFL’s 10-week regular season, and one for its postseason semi-finals (April 18-19) and Championship game (April 26),” according to the statement.