And while many people, lovers of gambling, celebrate this historic move in the history of the gambling industry, there are many who seem to be concerned about the outcome from these reforms. 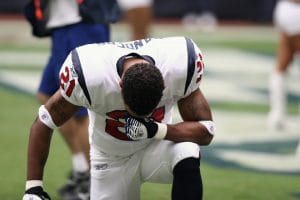 Greg Sankey, the commissioner of the Southern Conference, is particularly concerned about the mental health of the athletes and how the new legalization sports gambling reforms could influence them in a negative way.

“The SEC presidents and chancellors have expressed strong support for NCAA national office efforts to seek federal legalization that will regulate sports gambling, Ideally, there would be uniformed practices applicable across states throughout the country governing gambling on college sports, particularly eliminating specific in-game betting and proposition belts on college sports.” – stated Sankey during his opening speech of the first SEC media day which took place in Hoover, Alabama this month. Instead of focusing on Alabama or other SEC team and whether they might contend for the national title, Sankey talked about his concerns about the negative impact of the new legalization sports gambling changes on the athletes.

The commission of the Southern Conference explained that mental health is an issue that athletes mention in every meeting due to the pressure on a field goal attempt. Furthermore, he added that he would like to see ‘uniform practices’ on college sports gambling all around the United States and the elimination of proposition betting.

Sankey Is Not an Advocate of Sports Betting Legalization

During the event, 4 out of 5 commissioners addressed the legalization of sports betting, Larry Scott of the Pac-12 was the only commissioner to not mention the subject at all.

In May last year, the US Supreme Court overturned the Professional and Amateur Sports Protection Act (shortly known as PASPA) and opened the possibility for the US states to legalize sports betting. Ever since few of the states in the US made sports betting legal after decades of Nevada having a near-monopoly.

With that being said, the United States has made a historic step forward in the past year and a few months regarding the gambling industry and while many do not agree with these reforms, there are a lot of people who are happy and proud of their states for that same decision.