The tribes in California came up with a new requirement! This time they want a statewide referendum in November next year that would legalize sports betting in their casinos. 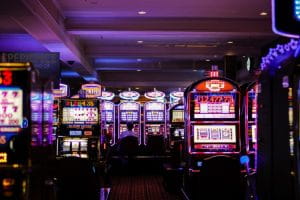 The Native American Tribes in California decided to join forces and fill a proposed constitutional amendment for November 2020 in order to give Californians the opportunity to place sports bets at authorized locations including their own casinos.

In the California Sports Wagering Regulation and Unlawful Gambling Enforcement Act, there are few rules regarding the safety of the customers, however, mobile sports betting is completely left out from the Act. In fact, according to it sports wagering would be allowed only at Indian gaming casinos and licensed racetracks, but not in the state’s card room. Advertisement of sports betting would not be allowed to minors and it would be limited only to professional or college amateur athletic and sports events.

On the other hand, the Act also strives to strengthen the enforcement of California’s current gambling laws with a purpose to allow citizens of California to hold unlawful gambling operations accountable through Private Attorneys General Act provisions. The tribes also decided to suggest a 10% levy on gross gaming revenues from sports wagering that will be used for purposes like public safety, mental health programs, education, and regulatory costs.

“Californians should have the choice to participate in sports wagering at highly regulated, safe, and experienced gaming locations. We are very proud to see tribes from across California come together for this effort, which represents an incremental but important step toward giving Californians the freedom to participate in this new activity in a responsible manner.” – said Mark Macarro, Tribal Chairman of the Penchanga Band of Luiseño Indians.

Anthony Roberts, Tribal Chairman of the Yocha Dehe Wintun Nation, has also shown his support of the proposal. He stated that despite the fact that the tribes have historically been opposed to the expansion of gaming in California beyond the current state, the initiative they made represents a good opportunity for citizens of California to place sports wagers in a way that is responsible.

Stallings: This is the Most Responsible Sports Betting Policy

Tribal Chairman of the Sycuan Band of the Kumeyaay Nation, Cody Martinez, explained that the measure is designed in a way that ensures responsible sports wagering by introducing important safeguards that protect consumers in different ways such as requiring them to be physically present, prohibiting advertisement of sports wagering to minors and wagering on high school games and college games with California teams.

Last, but not least, Steve Stallings, chairman of the California Nations Indian Gaming Association also expressed his opinion regarding this matter and said that the initiative that the tribes gave is the best example of responsible sports betting policy till now. He also mentioned that well-regulated gaming industry is very important for California’s tribal governments and the public as well.

Nevertheless, despite tribes being satisfied with their own work, it is still yet to be seen whether their initiative will pass on the November 2020 statewide ballot in California and allow Californians responsible sports wagering in the Indian casinos and racetracks.