Despite what some are already giving up on the ‘integrity fees’, America’s top sports leagues are still not letting things go as they are. Representatives of the NCAA, MLB, and NFL on Friday mentioned to a conference of lawmakers and stakeholders in the gambling industry that the leagues should play an active part in expanding U.S. sports betting.

The league officials echoed their need for a leading role in controlled gambling a year and a half after the decision of the Supreme Court which enabled single-game wagering outside Nevada. In addition to the concerns for athletes, panelists unanimously stressed the need for the leagues to be involved in any gambling policy, which, with the exception of the current structure of state-level laws, has the capacity for nationwide precautions. 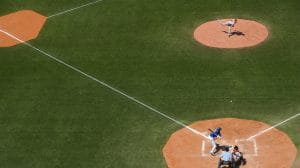 Leagues of the U.S. © Free-Photos/Pixabay

Moreover, he added that they, as a sports league, not have a unique perspective, but also unique tools and resources.

Starks Revealed Growing Collaboration Between NCAA and the FBI

NCAA’s vice president of hearing operations, Naimia Stevenson Starks, highlighted the growing collaboration between her group and the FBI and other law enforcement agencies to ensure the integrity of competition and student-athlete protection.

Joe Briggs, an NFL Players Association staff counsel, discussed wide-ranging NFL procedures, including plans to address confrontational bettors and biometric data security measures. Unlike past National Council of Gaming States Legislators (NCLGS) sessions, the league leaders largely avoided honesty appeals or data payments. Integrity premiums, league-backed attempts to make states with sports betting regulations head back to the clubs, either collapsed in all 21 jurisdictions or have passed laws to do so.

In the guise of integrity fees, lawmakers and operators largely dismissed the need for direct compensation back into the leagues. Nevada had made sports bets for decades before the Supreme Court ruling, and an estimated $150 billion was illegally wagered in the U.S. each year before the ban was struck. Notwithstanding this, elected officials and gaming organizations acknowledged the leagues still persisted.

Several top sportsbooks have already made deals with leagues, including the NBA, for player prop data, like those in New Jersey.

Only three states have mandated data fees in their bills, Tennessee, Illinois and Michigan, but they are three of the most recent states to adopt legislation. At least a dozen jurisdictions are expected to introduce proposals allowing sports betting by 2020. With most of these proposals still in their infancy, data fees for all of them remain a possibility.

Although the positions of the leagues are undetermined, they seem to be attempting to tolerate legal gambling at arm’s length. Though the NBA and NHL have dipped their hands in gambling-centered coverage, the traditional partnerships between franchisees and their media partners should continue to focus on the sports themselves, not on their gaming implications.

Meeks revealed that they not only want transparent sports betting market but a robust market.