More Can Be Done on Player Protection, Gamban Founder 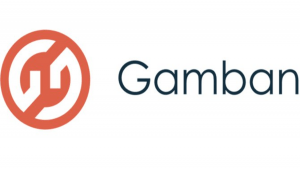 Unfortunately, experts believe that the gambling operators are not doing enough to back up the banks in pushing for safer gambling environment. The Gamban Founder and CEO, Jack Symons stated: “The regulators talk about innovation, but existing tools aren’t being used. To me, in terms of things that will actively help people, the wheel doesn’t always have to be completely reinvented.

“There are tools that are working and helping, they are just not being given the support they need.” “Despite the myriad of ‘reg-tech’ products, the bare minimum of someone saying ‘I’ve got a problem, I need to stop’, is still something that isn’t being supported by many UK operators. “The fact things that already exist aren’t being supported gives me very little faith that we’ll get where we want to in terms of players protection any time soon.” Despite Lloyds being the first giant sponsor of Gamban efforts, other banks such as Santander and Royal Bank of Scotland have earlier pledged their support to the cause.

Symons praised the banks for their immense support by adding, “Gambling can manifest as a financial problem, and the banks are an unlikely hero. I think given they are not responsible for providing gambling services, the fact they are stepping up to try and protect their vulnerable customers is something I think should be widely recognised. “While we’re seeing more banks helping vulnerable customers, I’d like to also see ISP’s stepping forward.

“There’s a fine line between protection and censorship but what I’d like to see is some of the illegal, unregulated offshore content blocked or at least a warning around the sites that shouldn’t be accessible. “I think access is a big part of this and if people want to be able to switch off access to gambling through their ISP, we are happy to play a role in this but I think there’s a lot of things that could be done at ISP level.”

Tripplebet Bows Out of UK Market Through a Suspension

Tripplebet has accepted a suspension by the British Gambling Commission after a 2-year review found flaws in its system. The matchbook sports betting exchange faces the suspension even after seeking the services of Alvarez and Marsal company in bid to improve their compliance services in 2019. The company accepts the suspension verdict as it awaits the final verdict and consequent recommendations, Tripplebet’s press statements read, “Triplebet takes its responsibility as a betting and gaming operator very seriously and accepts the Commission panel’s findings following a two-year review.

“Triplebet believes compliance goes to the heart of offering a betting exchange product, and through the introduction of new policies and the establishment of a compliance committee Triplebet has shown it is committed to achieving any standard of compliance required of it. “Last year, Triplebet engaged a third-party compliance specialist to elevate its standard of compliance beyond what is required by the Commission. Over the coming weeks, these recommendations will be completed in full and an independent audit will be carried out with a view to the license being reinstated.”