Colorado will finally join the states where sports betting is legalized! On November 5th voters in Colorado made their mind approve Proposition DD and allowed legislators to legalize sports betting within the state starting from next year. 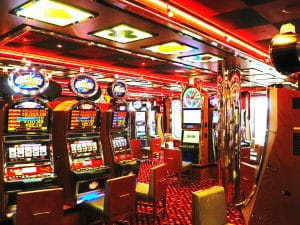 The legislature of the state received a green light for Proposition DD in order to give authorization to legal sports betting subject to the referendum. Nevertheless, it was followed by certain conditions that should be met in case sports betting is legalized within the state of Colorado.

According to those conditions, sports betting will be regulated by the department of revenue, a limited number of licenses will be issued and the state will collect a tax of 10% of the sports betting net income. In fact, with these conditions, the law only gives permission for the operation to casinos that already hold a license in Black Hawk, Central City, and Cripple Creek, however, these operators are allowed to offer mobile and online sports betting, therefore, sports betting could be done from anywhere around the state.

The Tax of Total Sports Revenue Will Be 10%

In addition, the tax comes on the middle ground as it is higher compared to Nevada’s 6.75%, but still significantly lower compared to other states especially Pennsylvania where the tax the casinos have to pay to the state of Colorado is 36% on their sports outcome. Most of the funds received by the tax revenue will go toward the chronically underfunded state water plan, designed by Governor John Hickenlooper 4 years ago.

The decision was supported by the Democratic state lawmaker, Alec Garnett who for Westword stated:

“I’m proud of the diverse coalition that came together to pass DD. It’s a win for Colorado’s water and will help shut down a black unregulated market.”

On the other hand, the opposition to DD is led by Gary Wockner, an environmentalist who has railed against the state’s water plan for years. The president of the conservative Christian Centennial Institute, Jeff Hunt, opposed the bill due to his beliefs that sports betting is “sinful” and that gambling affects the poor. On top of that, the opponents of the bill also raised the question “Should state taxes be increased by twenty-nine million dollars annually?”

Proposition DD Was Promoted Thanks to Gambling Lovers

In a state, Western Resource Advocates wrote that taxing the income from legalized sports betting would allow the state to ensure that Colorado has healthy rivers and enough water for all. In addition, the statement was mentioned that that is the first step when it comes to addressing the gap between the water the state has and the water it needs.