Tribal Sports Betting Set to be Legalized in Washingto

Reports from Washington on Friday the 27th of March 2020 had it that Washington Governor, Jay Inslee, had signed off a bill that would legalize sports betting at tribal gambling facilities in the state. The news couldn’t come at a better time considering the amount of pressure on the gambling sector as a result of the covid-19 outbreak. The House Bill, bill number 2638, authorizes in-person sports betting at tribal casinos as well as mobile wagering on-premises. 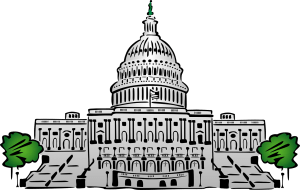 The confirmation of the Governor’s signature means that Washington will become the first state in the U.S to legalize sports betting in the year 2020. The House of Representatives in Washington passed the bill by a vote of 83 to 14, while the state’s senate also voted in favour of the bill, passing the bill with 34 votes to 15.

Key Proposals in the Bill

Some of the key proposals in the bill include players being able to wager on a number of professional sports or athletic events, collegiate sports, the Olympic games and a host of other global competitions. Despite the fact that players can wager on different sports events across the globe, betting on minor league sports will not be permitted.

The bill also proposes that the market be regulated by the State Gambling Commission. The commission will not only be responsible for regulation, but also for awarding licenses to operators.

The bill has not been without critics. Maverick Gaming has been a vocal opponent of the legislation and through their chief executive they have promised to fight the bill. The gaming company operates 19 licensed cardrooms across the state of Washington.

“We are prepared to fight this bill because we want to protect our business,” remarked Eric Persson, the Chief executive of Maverick. He went on to confirm that they were aiming to remove an emergency clause from the bill and that would mean that it would have to go through a public referendum later in the year.

According to Brendan Bussmann, from Global Market Advisors, the cardroom industry will have an uphill task in fighting the legislation. “Cardrooms are fairly new entrants to the market. They have always been destined to struggle against tribal operators which have been building strong relations with the Washington state for the better part of the last 20 years or so,” commented Mr. Bussmann.

I would say from a lobbying perspective, looking at what Maverick tried to do, they did about everything wrong and they could and still will going forward to be bluntly honest,” added Mr. Bussmann.

Despite the strong critic from Maverick, the gaming company is seemingly conflicted having recently released another statement claiming that they would invest 20-30 million U.S dollars in the state of Washington if it legalized sports betting. Part of the statement reads, “Give us sports betting and we will invest $20-$30m in the state because if you don’t we’ll go out of business.”