Chad Eveslage has won the largest $5K WPT event in history. On the final day of the WPT Venetian, the American dominated by single-handedly showing four of his five opponents the door. The heads-up against Mike Liang started with big stacks for both players. But due to a big cooler, it took very little time. Eveslage wins a mighty $910,370, while the runner-up with $606,890 also burped great. No less than three ladies had played cards to the last six. Kyna England, Daniel Rodriguez, and Kitty Kuo finished third, fifth, and sixth respectively. 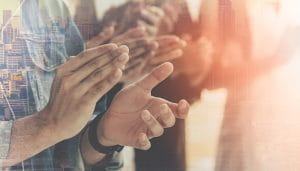 They came back on Wednesday for the fourth and all-deciding day of play. Mike Liang and Chad Eveslage had built up a big lead over the other four. Notably, half of the contenders were women, with Kitty Kuo, Daniela, and Kyna England. Kitty Kuo (6th, $192,855) unfortunately lost almost all of her chips to Rodriguez; before Eveslage gave the final push. The latter was also responsible for the bust of Daniela Rodriguez (5th, $252,945). The big stack continued to dominate: Liang knocked out Tim McDermott (4th, $335,200), while Eveslage got the last queen to the rail with Kyna England (3rd, $448,755).

That’s how it came to the heads-up that seemed to be in the stars for a long time: Liang versus Eveslage. With 240 big blinds in the middle, it looked like it was going to be a long battle, but nothing could be further from the truth. It had to do with a huge cooler that happened soon. Liang three-bet from the big blind to 1,850,000, and initial raiser Eveslage was in a position to make the call. At J-10-10 bet Liang 1.3 million, after which his opponent Eveslage. The one with initiative K crossed the line 3.5 million on the turn, and again the call followed. On river 8, Liang goes for the triple barrel. He puts Eveslage all-in for over 16 million, another quick call. Liang showed Q-10 for flopped trips, while Eveslage Q-9 turned with a straight. What a setup!

Liang was left with ten big blinds, doubled up again, but not much later, it was over. With Q-Q, the big chip leader beat, A-9 his opponent’s. For example, Chad Eveslage shipped this beautiful tournament for a massive amount of $910.370. How much he has already collected a lot with $3.3 million. It is by far his biggest score ever. Mike Liang also had a dream run, which was awarded $606,890.