2019 has been a year of true success in gambling in the United States of America. In May last year, the U.S. Supreme Court finally allowed sports betting to be legal in all across the country and not only in the state of Nevada as it was the case in decades. 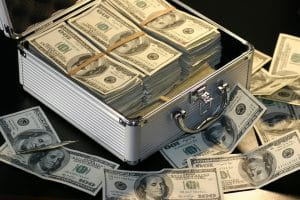 Ever since many gambling experts and analyst predicted that U.S. sports betting lovers would be thrilled with this new regulation and fully embrace the opportunity to bet on their favorite sports team and now it is proven that they were completely right!

The American Gaming Association recently revealed that the vast majority of Americans really do support sports betting. In fact, according to their statement, 8 out of 10 American citizens support sports betting legalization in their home state while 71 percents of the people who are booking users would move a number of their bets to a regulated state market if they had access. The American Gaming Association claims that 11 out of all the states in the United States of America now have safe and regulated alternatives to the dangerous illegal market of sports wagering.

$10.02 Billion was Already Spent on Sports Betting in the USA

From May 2018 till now, $10.02 billion was spent on sports betting all across the country. Pennsylvania is the leading state when it comes to sports betting in the past year due to the fact that it took the United States over the $10 billion mark. Of course, the other states also helped in this major success of the American sports betting industry especially New Jersey which first made this happen with its lawsuit which prompted the high court ruling and then because Atlantic City is a boomtown for sports wagering and is a great competition to Nevada since May 2018.

It is revealed that more than $5.1 billion was bet legally between September 2018 to February 2019 in the then-states that had legal wagering, but now that more states have embraced sports betting as well the industry has grown even more.

Other States are Also Expected to Join Sports Betting Soon

In the next period, other states are also expected to join sports betting and therefore, it is predicted that from September 2019 to February 2020 there would be an increase between $6 billion to $9.5 billion in this industry.

The largest potential is considered to have California, New York, Texas, and Florida. New York is the only one of these states where sports betting has been already legalized, however, the Empire State has decided to only approve retail sports betting. With that being taken into consideration as well as without mobile sports betting platforms, the New Yorker market could not achieve its full potential.

Nevertheless, it is already an immense success for this industry to have achieved more than $10 billion on sports betting in just a year with another amount between $6 billion to $9.5 billion expected to occur from now till February 2020.

This fact indicates that, without a doubt, the United States of America is ready to fully embrace sports betting and truly support the industry to the fullest.