Although many people show a particular interest in officially legalizing sports betting in the state of Washington D.C., it seems like it would not happen anytime soon. 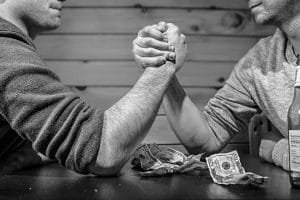 The News Tribune newspaper states that in an exclusive interview the Executive Director for the Washington State Gambling Commission, Dave Trujillo, he said that he is expecting to see a flurry of sports betting-related measures considered at committee stage the following year, but the legalization itself might have to wait until 2021.

The US Supreme Court issued a rolling last spring giving the opportunity of each state to establish its own sports betting laws, however, it seems that Washington D.C. has decided to avoid legalizing sports betting soon.

Furthermore, the Executive Director of Washington State Gambling Commission mentioned that he believes that the legislative committees would discuss gambling bills during the 60-day session in 2020 but he does not believe any action being taken until the longer 105-day session in 2021. Trujillo also added that in a meanwhile he and his team will be watching the progress being made in the other states regarding the legalization of sports betting.

David Trujillo, or also known as Dave Trujillo, was given the responsibility director of the Washington State Gambling Commission in June 2013. Before this position, Trujillo had the position of agency’s deputy director and various other position throughout the agency.

Although last year in May, the US Supreme Court opened the gates for the US states to legalize sports betting, the state of Washington D.C. is definitely not one of the few states that took advantage of this opportunity in the past one year and a few months.

The American Gaming Association Reveals That $58 Billion Is Wagered Annually

The American Gaming Association estimated that around $58 billion is wagered every single year on college football games and National Football League and most of it is wagered illegally. Therefore, it is nothing new that governments all around the world have become much more dependent on lotteries to increase revenue with the aim to balance the books. Last year, Washington’s Lottery gave $31.2 million to the general fund and paid $134.2 million to educational programs. In addition, $457.9 million was paid back to winners and $280 was given to the state as a result of those people who gambled and lost.

Therefore, although it might look tempting to legalize sports betting, Washington D.C. is firm in their decision to approach the issue with caution.