In a legal dispute with Les Ambassadeurs Club in London’s Mayfair district, one of the city’s most successful casinos, Sheik Salah Hamdan Albluewi lifted a freezing international order on his assets. The freezing order was imposed on Mr. Albluewi ‘s estimated £2 million debt after 17 casino management checks were dishonored and the management team stated he went to ground as they pursued payment. 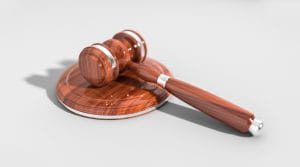 The casino tried to get a freezing order for fear of transferring assets from the UK and returning to Saudi Arabia where debt could not be enforced. The businessman decided not to “go to the ground” after the casino approached him in September of last year, but he still returned to Saudi Arabia after nearly annual summer visits to London.

Albluewi Has Extensive Ties With London

Mr. Justice Freedman, Judge of the High Court, said Mr. Albluewi had extensive ties with London. Therefore, the judge lifted the freezing order and stated that all of this is contrary to the conclusion that he is going to take all his assets away to Saudi Arabia.”

The casino claims that it has the most exclusive and sought-after casino memberships. It was even used in the James Bond film Dr. No. The Beatles used it in their film A Hard Day’s Night in 1964.

Mr. Albluewi, who spends much of the year in Saudi Arabia, has ‘significantly participated’ in his trips to London with more than 150 visits, court records demonstrate. The casino did not imply dishonesty against the businessman who bought £14 million of gambling chips from the club over the years.

Mr. Albluewi successfully appealed the freezing order after showing that he had significant ties to the United Kingdom and that his wealth meant that he could pay outstanding debts.

He has an exclusive property in Carlton House Terrace near Buckingham Palace, Queen Elizabeth ‘s London home. The Jersey-based businessman’s SAB Ventures bought the property for £45 m in 2017 and is currently being upgraded by £5.5 million. According to court records, SAB ventures and two other firms owned by the businessman is estimated at around £ 100 million. He had offices in Jeddah, Cairo, London, and Dubai, according to his website.

It is very common for Saudi businessmen to go over to the UK for these types of activities, however, it is not that often that there are legal disputes of this type. Les Ambassadeurs Club is one of the most reputable casinos in London very popular for its go-to club in Mayfair for gamblers and private members. Nevertheless, the management team this type seems to not has been able to let things slide and raised a legal dispute with one of their reputable customers.