Mills Believes Maine Is Not Ready For Sports Betting

The state of Maine could have grown into a national sports betting platform. Alternatively, on Friday Gov. Janet Mills once again vetoed a bill that would authorize electronic and retail sports betting in her state. 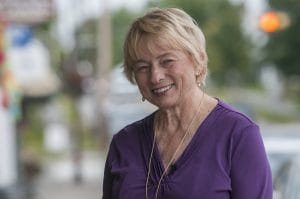 The legislation was already finished, but it was rejected by Mills. Maine would have been the first in the country to legalize both regulated sports betting and untethered offshore wagering, which could have placed Maine as New England’s most competitive sports betting sector and could open the door for other nations to require similar structures. However, her veto might not be for a long time.

“I’m disappointed, but I’m hopeful the committee can continue working and try to come up with a bill potentially that’ll have a chance of passage. It’ll be on our Senate calendar on Tuesday. You know, I don’t know what we’re going to do with it if we’re going to deal with the veto on Tuesday or another day” – stated Maine State Sen. Louis Luchini.

Under the legislation, Maine bettors could have made wagers at approximately a dozen brick-and-mortar gaming sites, the internet counterparts of those organizations as well as what is now an uncapped amount of untethered “professional gaming companies,” providing an unprecedented arena for competitive sports betting.

The second sports betting veto came more than six months after Mills “wallet vetoed” the bill in the waning days of the 2019 session due to fears that the state was not equipped to handle it the right way, according to her beliefs.

Maine Will Have Another Chance To Legalize Sports Betting in 2020

Regulators would still have had to pass and enforce sports betting laws, but qualified Maine residents and visitors over the age of 21 will certainly have been able to place a bet before the start of the 2020 football season, given that Maine pursued a course close to that of the 20 other states making bets now or finalizing legislation.

Sports betting supporters in Maine will have another chance to send a revised version of the bill to the Governor during the 2020 session, but they will presumably still need to convince a Governor who is wary of legal wagering amid countrywide legalization steps, including Maine’s own hypothetical backyard.

Maine’s licensing fees for sportsbooks were set at $2,000 to be the lowest in the US. For an example, licensing for New Jersey sportsbooks begins at $100,000, and sportsbooks in Pennsylvania have been paid $10 million.

In her veto letter, Mills argued that she is unconvinced at this point that most Maine people are prepared to allow, accept, approve and encourage betting on professional athletic events.

In traditional gaming facilities, such as casinos, Maine would have become the first state with retail sportsbooks; wireless sportsbooks associated with those facilities; and untethered internet operators.

The legislation would allow the state to take bets on the commercial horse track, four off-track betting facilities, two casinos, and four federally recognized Native American tribal casinos. Many, if not all of those 11 facilities are likely to apply for an electronic license. More than 80 percent of the total betting handle is put electronically in mature markets such as New Jersey. Combined with the market entry ability of untethered companies, Maine would have been likely to see similar figures once it reaches maturity.