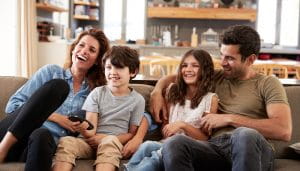 In emails to local television stations, APPG said members are very concerned about this promotion and cited several examples, including the Channel 5 soap opera Neighbors, which is currently sponsored by the betting brand Gala Bingo.

The APPG says that betting providers sponsor TV shows that advertise betting and make it more attractive than it is. He also said this plan focuses on youth and women and encourages them to play.

The anti-gambling group also said that its members fear that broadcasters are enthusiastically promoting betting, which could wreak havoc on and destroy the lives of individuals, families, and even entire society.

Depending on the faction of all parties, some measures need to be taken to combat the bad impact on society of this massive sponsorship of gambling, particularly during the COVID blockade. He also wants people to be secured and warns that minors are more likely to be at home during the day when they watch TV. Therefore, viewing such advertisements for gambling may harm them.

More Children Will Be Revealed to Bettings Ads During the COVID Pandemic, According to the Group

APPG stated that not only its members but 52 experts supported its calls and called for serious steps.

It is not the first time the Group has called for action in this area. In a report released last June, the group called on the UK government and relevant authorities to stop all advertising for gambling.

In a letter to broadcasters, the group also notes that there are currently over 500000 betting addicts in the UK. They also found that over 55K children aged 11-16 in Scotland and England have some form of betting trouble. As already indicated, APPG members are pushing for some data showing that, due to the COVID-19 ban, more young kids are at risk of showing gambling ads when they are at home.

The boom in betting advertising has been one of the trending subjects in the industry in recent years. Activists have criticized the UK betting firms for increasingly targeting kids and vulnerable persons through their marketing strategy not only on radio and television but also on social media, putting them at increased risk of harm associated with gambling.

The group said that broadcasters must protect the public, not to promote betting, especially in the context of the COVID pandemic and global restrictions.

Although the businesses decided to present a voluntary ban, which paid off. However, a common objection is that firms are going online to prevent financial losses.

However, when evaluating betting, more attention is paid to advertising which is why stricter measures are considered. Most importantly, this includes suggestions to limit the size of online bets, reduce sponsorships between bookmakers and teams, and possibly further moderate advertising.