An important UK survey says that those people who were gambling online on a regular basis, now gamble even more during the lockdown even though there is a shortage of sports facilities,

The results of the survey raise concerns that a larger decline in part-time gambling indicates more aggressive betting among problem players or a step towards online casino games.

Generally speaking, survey respondents of more than 1,000 people have decreased their gambling levels since the beginning of Covid-19, which has forced sports matches to be canceled. 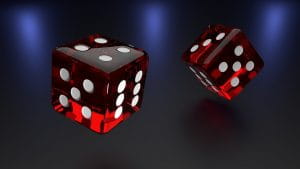 Regular gamblers, however, said they played more. A quarter of those who usually bet once a week said that they still have that habit, while 28% became more active, and 11% confirmed that they were gambling significantly more.

The lack of sports betting options means that online casino and slot games have higher addiction rates. Even among casual gamers, more than half of respondents said their level of gambling was maintained or enhanced.

The survey also found that 41% of bettors had opened a new online account because of the pandemic. And more than a third of regular gamblers either thought they spent too much on their habit or developed addiction.

Clean Up Gambling was the company that commissioned the survey. It was run by Matt Zarb-Cousin, a rehab addict and former Labour Party communications advisor, and sponsored by former poker player Derek Webb. The two previously had a huge success in the campaign against the controversial fixed-odds betting terminals. Matt Gaskell, NHS clinical director, agreed that the findings should be reviewed by the government and significant regulations should be made. A separate industrial scheme called GamStop, allowing individuals to prohibit betting has seen a 15% rise in former gamblers seeking an end to their self-exclusion since lock-down started.

“We urgently need measures to protect people gambling more than they can afford to lose, a stop to the ubiquitous advertising and marketing and a comprehensive review of the Gambling Act of 2005. Forget self-regulation – we need the government to step forward”- said Gaskell.

New Regulations Gambling Have Already Be Done Since The Lockdown

The growth can be explained in part by accelerated early registration growth, leading to an increase in the number of people who are now eligible to lift suspensions in six months or one year.

The Betting & Gaming Council (BGC), an industry body in the field, said that since the lockdown, the overall gambling levels have declined and added that its members have put in place extra protection measures to protect vulnerable people who may be tempted to gamble isolatedly.

However, financial reports from different gambling companies have shown that, even though the overall betting rates are lower, this is partly offset by rising casino and slot machine participation.

The Sports Minister Nigel Huddleston wrote earlier this month to the BGC and five largest gambling companies urging them to do more to protect customers from damages. In addition, just like a few days ago, the gambling companies agreed to remove ads on TV and Radio during the lockdown.