Despite its business being impacted by the novel corona virus (covid-19) pandemic, fantasy sports solution provider scout gaming group has said that for the first quarter, it expects year-on-year growth in revenue. 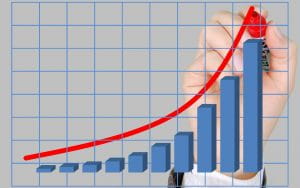 For the three months to 31 March, Scout forecast that the revenue should amount between SEK8.2 million and SEK8.7 million, which is about $813,291. This figure would be a representation of a year-on-year growth of 134 -149 percent compared to SEK3.5 million in the first quarter last year.

Up to the suspension of sports in mid March, which was due to the corona virus, Scout said revenue was positively impacted which is attributed to by strong activity by clients during this period. Due to the mass cancellation of sporting events around the globe from the middle of March. The halting of sporting events has cut turnover and the ripple effect expected to be seen is the negative impact it will have on revenue. The revenue is expected to go down between SEK1.0 million and 1.5 million.

Measures Taken to Protect the Business From the Corona Virus Pandemic

Even though Scout did not go deep into details about its performance in the first quarter, it did put out measures that it has implemented to protect and shield the business from the Corona virus pandemic.

Where possible, Scout has allowed critical external contractors and employees to work from home. As a result of this move there haven’t been any major disruption to the business. Also, the provider said it has been able to continue to provide attractive offers to clients that include; match-up duets fantasy sports tournaments and player performance odds on local leagues. All this were not part of its offering before the outbreak. In addition, due to the lack of traditional sports events, Scout has launched a full set of e-spots related markets as compensation.

Chief executive at Scout, Andreas Ternstrom said, “Even though it is impossible to foresee the future development of this ongoing pandemic, we currently only expect temporary negative impact on our business from the ongoing coronavirus outbreak,”

He then added that, “Our best guess at the moment is that sports will be resuming successively during the summer. In order to maintain financial stability, we have adapted our cost base through overseeing and hence reducing mainly levels of marketing related costs, but also personnel costs as well as operating costs in general.”

To conclude he said that the current situation is without a doubt very challenging, but he is extremely impressed on how the whole organisation put their maximum effort and creativity to handle the situation. He is also very positive on the outlook of Scout Gaming as they continue to agree on significant deals with the markets’ leading operators.

In February, Scout reported a 70.6% year-on-year increase in revenue for 2019, but also posted a loss of SEK52.2m, a 14.0% rise on the previous year. However, at the time, Scout maintained that its long-term strategy is paying off, with new client sign-ups also up during the year.