The political betting markets continue to be overly unique according to the Alex Donohue who is the head of Alex Donohue Public Relations. In a report published by Gambling Insider, Donohue attests that recent landslide winning by the UK’s conservative party remains to be a true testament of his sentiments. 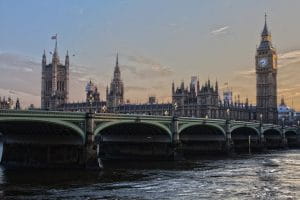 Additionally, Donohue shares his experience as the current director of a PR company and a former partner to the Better collective firm during their Political Betting program initiation.; by attributing the uniqueness of political betting to unavailability of comparative data.

Donohue said, “Political betting markets are completely unique in that their lack of comparison to other events provides a much smaller data pool to work from. A football model will be fine-tuned over the course of millions of events compared to one designed to predict UK elections.”

Regardless of these challenges, Donohue believes that opinion polls are a good source of prediction in political betting.

He further added that: “The opinion polls have proven to be pretty accurate, namely the exit poll. The myth that betting is more accurate than polling, which was a trending media opinion during the high-water-mark of political betting’s exposure during the 2014-16 period, appears to have subsided.”

“It is fair to say that polling has a huge bearing on the odds, especially when a poll holds a significant piece of information not yet factored in by the market.”

‘At The Races’ Strikes a New Deal With Four Major Operators.

Starting January 2020, At The Races (ATR) will be receiving turn-over shares from Betway, BetVictor, Boylesports and Unibet on all bets placed. The new deal replaces the old pence-per-stream model.

Matthew Imi, At The Races CEO, commented: “We are delighted to have concluded these four important agreements and look forward to working closely with our partners to maximise betting turnover on our racing product.”

ATR is co-owned by Skysports and Arena Racing Company the operator of the UK’s largest racing TV channel.

ATR continues counting an increase in number streaming partnerships after Betfred signed a new deal in November. The new model is taking the industry by storm as it is favoured by a majority of the companies.

Unfortunately, the turnover model system is adding more cost on bookmarkers than the pence-per-stream model. This will lead to the removal of features like best odds guarantees. Despite the increase in cost, ARC, which is the pioneer of the new model, owns 39% of races courses in England hence the system revolution is likely to be unstoppable.

Unibet Struck with a Massive Fine in New South Wales

The local government of New South Wales, Australia has charged the Australian Unibet branch with gambling laws violation adding up to AU$25000 in fines.

The trademark, which is owned by the Malta-based Betchoice was found guilty of luring customers using gambling inducements which is against the NSW Betting and Racing Act. In February, Unibet offered an AU$50 referral bonus which is against the gambling regulations. Additionally, the company ran an advertisement on the Canberra Times website saying “deposit $20, win $100.”

The NSW Betting and Racing Acts bans all forms of advertisements that might lure new individuals who are not registered member yet. Unibet survived the recently introduced of AUD100000 fine for operators found guilty of inducing non-gamblers into gambling Sean Goodchild, the Director of Compliance Operations at Liquor & Gaming NSW, said: “Betting operators have an obligation to ensure all advertising complies with NSW laws on gambling advertising.ement as their case was judged based on the previous laws. Inducements are known to increase the risk of gambling harm so any breaches are taken seriously.”