According to the latest financial report, Bet365 realized a 10% increase in revenue compared to the previous year, which translates to a profit of €2.98bn during the fiscal year ending in March 2019. From this profit, €767.1 million was generated from the operating revenue, which realized an increase in the number of active users by 23%. In-play wagering represented 79% of the €64.5m generated from wagering. Additionally, the total amount of wagered funds rose by 23%, while mobile sports revenue appreciated by 18%. 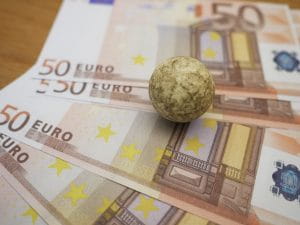 Apart from the tremendous growth in revenue, the company also realized positive growth in terms of expansion hiring 616 new staff members adding up to 4,646 staff members in total. Furthermore, the company expanded its assets by acquiring new fixed assets worth €120 million, €50M of it being majorly invested in the Empire Resorts in New York, acquisition of a larger office building and new players registration.

The FIFA world cup in 2018 contributed significantly to the increase in revenue as well as a perfect clearance from the last fiscal year without recurring charges. According to the Bet365 CEO, Denise Coates, the company’s objective of providing a memorable user experience through the evolution of the gaming products and services was the key reason behind the reported success.

It was a gloomy day for the prospective Dutch online operators as the government moves in to tighten the process of license application.

According to the local regulatory chief, Rene Jansen, the Dutch government is working overtime in developing a smooth transition of the online gambling industry into an open licensing model. Mr. Jansen further added, on Tuesday morning during Gaming in Holland breakfast, that the Netherlands could end up with the world’s strictest gambling rules if the formulation process proceeds smoothly to the end.

The new regulations hit new license seekers the most as they will have to provide a ton of information during the application process. Jansen further added that they would not only be interested in the information provided but also proof its validity. Jansen further adds that the first half of next year has been set for consultations with IT experts to discuss the process of establishing a centralized self-executing service that serves all the operators.

The government’s focus will now be shifted to the operators within the Dutch gambling market as they seek to eradicate vices such as aggressive advertisements such as bonus offers that coerce players into gambling. The new law also seeks to incorporate new regulations which will ensure that underage gambling is eradicated. As of January 2019, operators that fail to verify the gamblers’ age visibly during the registration process are fined and their license suspended.

To implement this, Jansen stated that operators would have to screen their registered applicants and new applicants through the IDIN verification system used by Dutch banks. Kindred Group, through its Inbet Brand, has already been penalized 470k for dealing with customers without KSA’s permissions.

According to the UK Civil Society Minister, Mims Davies, the lottery age limit should be raised to 18+ as it is in all gambling games.

The minister insisted that the earlier exception of Lottery and scratchcards from gambling regulations did not favor the underage and she now seeks a full increase of the age limit. Mrs. Davis received overwhelming support from the parliament including the majority of the Tory backbenchers. According to the Shadow Culture Secretary, lottery and scratchcards give a gambling Gateway to over 450,000 children weekly in the UK. The proposal is expected to go through the British parliament without much resistance.