Caesar Southern Indiana Casino Might be Sold at Nearly $10.5 Million

The Eastern Band of Cherokee Indian (EBCI) hopes to reach an agreement with the Tribal Council on 12th November to purchase the Caesars Southern Indiana Casino and allow Principal Richard Sneed to make the purchase of nearly $10.5 million. 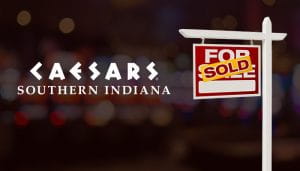 The casino business in Cherokee has had a full monopoly on the casino industry in the area since 1997, but the monopoly now faces multi-front assault. In Kings Mountain, the Catawba Nation has broken ground, but the EBCI hopes to avoid this project during a continuing legal war. There are, however, some proposals to build a new casino in Bristol, Virginia, just 130 miles away.

Commercial gaming is also licensed in Kentucky, Mississippi, Louisiana, and Florida, as are Georgia, Tennessee, and North Carolina. There could be casinos in the South East in a near future.

In case the tribe does not take steps to establish more revenue streams now, Sneed said the status quo could last 3-7 years until the end of the tribal coffers fell.

In July, a merger of Eldorado Resorts and Caesars Entertainment, which belongs to Harrah, the founder of the tribe’s casino, put the Indiana casino to the auction. In several states, the union broke antitrust rules and the company had to sell off its holdings in these areas. The deal created the nation’s biggest casino and business entertainment company. One such property is the casino in Elizabeth, Indiana.

Sneed furthermore explained that the properties are highly profitable because of the merger and that the tribe could potentially have multiple purchase opportunities related to that.  He also added that looking toward the future, they will continue to own and operate their two casinos and to continue to develop and work on their convention business. The seed also explained the plan to create a regional portfolio with casinos in the commercial market aiming to establish a presence in the East, Southeast, and the Midwest.

According to Seed, in case a tribe decides to do that, it will be not that much affected by competition from anyone casino, and also the players will be able to spend their money with Cherokee-owned casinos even when they are traveling around the country.

The Tribe Is Prepared to Pay Additional Expenses for the Casino

The November 12 vote of the Council shall not be a resolution to buy the land but to spend funds to carry out the required checks and audits to decide if the casino is a wise investment and to pay any charges related to future transactions. A letter of agreement to collaborate exclusively with the tribes and Caesars Entertainment for 45 days has been signed to agree on a future transaction with the estimated deadline for signing the deal.

The tribe expects the cost to raise over $500,000 due diligence. The tribe would pay additional projected expenses, including administrative license fees, mortgage funding, insurance, and other charges, of $10.11 million if a purchasing agreement is signed by or before July 1, 2021.

A few members of the Tribal Council shared their optimistic hope with eight members in favor of the project and three against the motion. The resolution, which defined the form of a limited liability holding corporation formed by the tribe to establish the potential business gaming companies, was adopted earlier on November 12.