Here are the best daily fantasy quarterback options for week 12 of the NFL season: 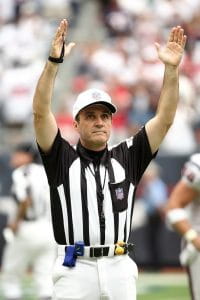 At worst, Russell Wilson is currently in third place for NFL MVP behind Lamar Jackson of the Baltimore Ravens and Christian McCaffrey of the Carolina Panthers. He’s been the second-best fantasy quarterback in the NFL this season and in week 12 has the benefit of resting during the week 11 bye. In addition to the bye week, the Seahawks are also coming off a win in which they handed the San Francisco 49ers their first and only loss of the season.

In week 12, he also has the benefit of facing the Philadelphia Eagles. The NFC East has been arguably the weakest division in the NFL during the 2019 season and the Eagles secondary hasn’t been very good. For example, the Atlanta Falcons started 1-7, with their only win primarily coming thanks to the Eagles. Wilson leads the NFL in passing touchdowns and is a solid play every week no matter who the opponent is.

Lamar Jackson is the current front-runner for MVP and the Baltimore Ravens are currently the popular pick to come out of the AFC and play for the Super Bowl. He’s already had extremely productive fantasy games against some of the NFL’s elite teams, such as the New England Patriots, Seattle Seahawks, and last week in a 41-7 route of the Houston Texans. He accumulated 5 touchdown passes against zero interceptions against those teams. Those outstanding numbers don’t even take his rushing contributions into account.

Jackson has been matchup-proof this season. Whether by air or by ground he’s producing fantasy points. In week 12, he’ll face the Los Angeles Rams. Sure, their defense looked good last week but that was against a terrible Bears’ offense that had a bad quarterback, Mitch Trubisky, attempting to play through a hip injury. With Patrick Mahomes of the Chiefs on a bye, missing weeks due to injury, and now with Tyreke Hill nursing a hamstring injury, Jackson and Wilson are the top two quarterback options on a consistent basis.

Is Jameis Winston a good NFL quarterback? No. Is he a good daily fantasy quarterback? Absolutely. Tampa Bay has lost four of their last six games, partially due to Winston’s turnovers. However, during that span he’s thrown for over 300 yards in five of those six games. You can live with the turnovers if he’s accumulating yardage points on such a consistent basis.

Tampa Bay’s run game has been awful. Their pass defense has been equally awful and they even released cornerback Vernon Hargreaves this week who was a recent first round draft pick. The Bucs’ inability to run the ball on offense or defend the pass on defense leaves them no choice but to throw the football early and often. When head coach Bruce Arians was leading the Arizona Cardinals his offense was referred to as the “Bash and Bomb.” He doesn’t have a running game with David Johnson anymore so now it’s just Winston heaving bombs. While his efficiency leaves much to be desired, the volume benefits fantasy owners.