The following at the best daily fantasy options at wide receiver for week 10 of the NFL season: 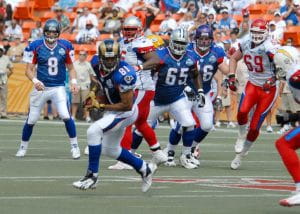 Michael Thomas has been as productive and consistent as any wide receiver in the NFL this season. He’s reached double-figures in fantasy points every game and had over 85 receiving yards in every game except one. Thomas has over 300 yards-after-catch which is good for second-most in the NFL.

In week 10, Thomas faces the Atlanta Falcons who’ve allowed 626 yards-after-catch to wide receivers, tied for worst in the NFL. With a 1-7 record the Falcons have pretty much given up on the 2019 season and head coach Dan Quinn is likely to be fired in the coming weeks. The Falcons have allowed the fourth-most fantasy points to wide receivers this season and that should only get worse when they face one of the best in the Saints’ Thomas.

Chris Godwin had some huge games in late September and early October before coming back down to earth in the last two weeks. He had 172 yards against the Los Angeles Rams, 125 yards against the New Orleans Saints, and 151 against the Carolina Panthers but only 104 yards total against the Seattle Seahawks and Tennessee Titans.

He should get back on track in week 10 against the Arizona Cardinals. The Cards’ Pro Bowl cornerback Patrick Peterson will likely take the assignment of shadowing the Bucs’ Mike Evans. If Evans struggles to get open that means more targets and more fantasy points for Godwin who will likely be covered by rookie cornerback Byron Murphy. The Cardinals only give up the twelfth-most points to wide receivers but the matchup is favorable for Godwin.

Yes, the Atlanta Falcons are terrible this year, but Julio Jones is not the reason why. In the Falcon’s last three losses Jones had over 90 yards receiving in each of them. His team being awful might be a blessing for those who have Jones on their fantasy roster this week. The Saints should have a comfortable lead most of this game forcing the Falcons to throw the ball downfield attempting to come back.

Additionally, the Falcons recently traded wide receiver Mohammed Sanu to the New England Patriots freeing up even more targets to head Jones’ way. He’s been one of the few bright spots for the Falcons this season and should have another solid fantasy day in week 10 based on volume and circumstance.

There’s a changing of the guard taking place at the wide receiver position in Arizona. Future Hall Of Famer Larry Fitzgerald is 36 years old and starting to show it as he only had 38 receiving yards in week 9 against the San Francisco 49ers. Second-year wide receiver Christian Kirk is becoming the favorite target of Cardinals’ rookie quarterback Kyler Murray.