The following are the best daily fantasy running back plays for week 12 of the NFL season. 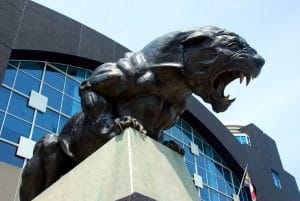 Christian McCaffrey has been the undisputed best running back through 11 weeks of the 2019 NFL season. He’s been a durable workhorse carrying the Panthers’ offense that has been without former MVP Cam Newton, who was placed on injured reserve and it out for the year.

McCaffrey has also been matchup-proof piling up fantasy points no matter how challenging the opponent. In week 12, McCaffrey will be facing the New Orleans Saints who’ve allowed the 4th-fewest fantasy points to running backs this season. There’s no need for concern. Back in week 8, McCaffrey faced a San Francisco 49ers defense that has allowed the 3rd-fewest fantasy points to running backs and lit them up for 117 rushing yards and a touchdown. For the 2019 season, there’s never a bad week to insert McCaffrey into your lineup.

People who enjoy watching elite running backs will be tuning in for the Saints-Panthers game. Alvin Kamara missed two games due to injury earlier in the season but is once again healthy and productive averaging better than five yards per carry since returning to the lineup following the Saints’ bye week.

Kamara has a much friendlier matchup than his counterpart McCaffrey does. The Panther’s rushing defense has been awful this season, allowing the 4th-most fantasy points to running backs. Last week the Panthers faced the lowly Atlanta Falcons, who were down to their third and fourth string running backs due to injury. Kenjon Barner and Quadree Ollison are not remotely on the same talent tier as Kamara, yet both scored touchdowns against the Panthers.

Many people were concerned about Nick Chubb’s role being reduced when Kareem Hunt came back from suspension. In the two games following Hunt’s return, it’s clear there’s no need to worry about Chubb’s volume. He surpassed 20 rushing attempts in both games and made good use of those opportunities with 116 and 92 rushing yards.

In week 12, Chubb will face a Miami Dolphins team that’s been a laughing stock of the NFL. The Dolphins are pretty bad at everything, but especially defending running backs. They’ve only allowed the 7th-most fantasy points to running backs but that’s misleading because last week they faced 11 carries from the Bills’ Frank Gore, who at age 36 is the oldest running back in the NFL and not nearly as productive as he was during his prime.

Tevin Coleman is a bit of a sneaky fantasy play because he platoons in a crowded 49ers’ backfield. However, the 49ers only loss this season came against the Seattle Seahawks when they went to the passing game more often than the run. They’ll look to establish the running game early and often against the Green Bay Packers in week 12.

The Packers have allowed the 3rd-most fantasy points to running backs this season. On top of that the 49ers want to dominate time of possession with a strong running game. Aaron Rodgers can’t score points against them if he doesn’t have the ball.