Google is willing to make things easier for online casino advertising and make a major change in its advertising policies involving the United State’s gambling landscape. 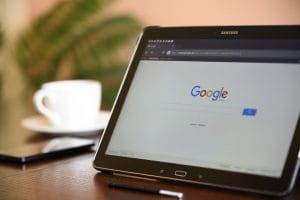 According to a report from EGR, Google is planning to remove the sweeping ban on the gambling industry by the first quarter of 2020 because the multinational technology company is striving to take advantage of the gambling industry which is becoming each day bigger and bigger on the U.S. market.

Despite the fact that New Jersey and Delaware legalized online gambling back in 2012-13 and joined Nevada on the market, Google still hasn’t removed the online casino ads ban to this day. Fortunately for all gambling lovers, Google finally recently changed its policy after the Supreme Court allowed individual states to legalize sports gambling back in May last year.

This month Google changed its gambling and gaming policy and stated that it will allow sports betting ads in Iowa, Montana, Indiana, Pennsylvania and Rhode Island while the company previously only removed the ban for New Jersey, West Virginia, and Nevada.

Just a few months ago, in June, Google made a change in its gambling and gaming policy and allowed licensed New Jersey gaming operators to apply for Google AdWords. Nevertheless, Chris Harrison, Google Industry Head of Financial Trading and Egaming, in April explained that Google has no interest in becoming a gambling company and therefore, is sticking to its role as a technology and advertising partner.

“For us, regulation is a huge signal and will be the building block of anything we do. We also take into consideration the norms and acceptance of gambling in any given state. We have to recognize customer concerns and face those as well. So it’s far from black or white in terms of opening up and allowing advertisers to use Google’s products and platforms.” – explained Harrison in an interview for Gambling.com.

Advertisers Will Have to Meet some Creative Requirements

However, although Google has removed the ban, this doesn’t indicate that online gambling advertisement is now easy to access in one of the states where the ban no longer exists. In their policy statement, Google revealed that advertisers will have to meet some creative requirements and also will be required to hold licenses in order to promote their products in targeted states. In addition, in case advertisers operate in a state where no license is required then they must hold a state license in at least one other state.

On the other hand, media buyers interested in promoting these “real money gaming” services will be required to apply for certification through the company.

Google is the only major digital company which until now refused to take advertising funds from gaming and gambling companies despite the fact that outside the United States Google has been supporting legalized ads betting in many Australian, European and South American markets.

The reason why Google hasn’t removed the ban earlier is that it takes a lot of investment into technology and engineering in order to implement those changes on a state-by-state level all around the country, revealed FanDuel CMO, Raffensperger.