Two Million Was Made by Internet all Around the State

Iowa seems to move fast in sports betting when taken into consideration that in September sports betting generated $5 million which was an increase of 127% from the previous month. 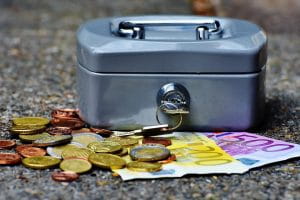 The Iowa Racing and Gaming Commission revealed that sports betting went from generating $8.6 million in August to $38.5 made last month. What’s most interesting is the fact that $2 million was made by internet betting all around the state making it 41% of Iowa’s total.

The highest revenue generated by an individual operator is $1.5 million and was made by Prairie Meadows Racetrack and Casino. In addition, the same operator took also the highest revenue in online operations with a total amount of $1.2 million.

On the other hand, making a revenue of $613,219, Ameristar II took the most from land-based operations while the three venues of Wild Rose are the only operators in the entire state which are still not offering sports betting.

Despite that, the real potential of the sports betting industry in Iowa was shown in its true light in September due to the start of the college and professional American football seasons as well as the launching of the mobile betting apps.

Thanks to the 7% set on operator’s net receipt, the State of Iowa received $334,553 for September while in August the state received almost $146,000 in taxes.

“Iowa is generally a very predictable market, trending a point or two up or down. It’s still early, but it makes you wonder if there is a trickle-in effect, at least so far.”– stated commission administrator Brian Ohorilko.

Ohorilko also added that no matter whether in person or online the results are pleasing casino operators despite the fact that the individual bet totals on the marquee Iowa-Iowa State football game from September 14 were not immediately available. He explained that there were a lot of busy books that weekend and that they were still hearing reports on Saturdays and Sundays that there are lines out the doors of many sportsbooks.

However, what Ohorilko saw as the most positive early trend from the betting numbers was the potential secondary benefit casinos are facing from bettors who physically go to sportsbooks to place wagers. In fact, according to Iowa’s law, everyone who wants to place a wager should go to a casino either to make the wager or to register a mobile app.

Iowa is the only state in the area to have legalized sports betting and the immense success they are already having in the sports betting industry is something that has positively surprised many sports betting lovers and people who believe in the potential of this industry.