Call of Duty Has a Gambling-Addiction Nature

Australia-based Center for Responsible Technology has encouraged regulators to expand the classification of computer games to catch their design infrastructure, exposing minors to betting-based content and gambling-related damage. 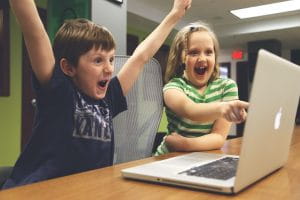 The proposal was made to the Department of Communications review of the classification system, with the Centre of Responsible Technology stating that the proliferation of what they call “addiction by design” in several games indicates that minors are deliberately targeted by gaming operators to become gambling addicts later in life.

The rating of games is rendered, for the time being, under the ratings which are used to grade film and TV content. Evidence included in “Gambling on Games,” the discussion paper defending the CRT submission, has indicated that the design of video games, involving sales of in-game items and opportunities to acquire digital currency, should also be kept in mind when determining whether a game is appropriate for a certain age.

Peter Lewis, the Director of the Center for Responsible Technology, clarified that the classification analysis presented the regulatory authorities with an incentive to rethink the level of safety and treatment that should be offered to minors.

According to the Center for Responsible Technology’s CEO, the consequences also make gambling look normal for youth and even expose minors to activities that might make them gambling addicts. Mr. Lewis stated that the addictive casino nature dominates in popular internet games like Call of Duty or Overwatch, where in-game item transactions are promoted.

The Center for Responsible Technology Require R18+ Raking for Games

That seems to be also why they argue this popular video game with gambling-related or intentionally addictive content should be subject to more rigorous supervision and suspended for children’s consumption.

According to the Center’s report, the new classification system needs to be updated to have included: a R18 + ranking for games offering real-world gambling branding or so-called cross-promotions; a R18 + rating for games with features that are quite close to the psychological aspects of gambling, guidelines in terms of the way in which a game’s classification could be affected by the in-game gambling infrastructure.

In addition, the Center for Responsible Technology has also made other recommendations, including improved education on the possible addictive nature of the games to be made available to youngsters, parents, and teachers; stricter fines to be placed on game makers who do not disclose or wrongly report the use of gambling design; and broader concern for controlling the gambling sector.

Gambling has been widely popular with decades if not centuries, however, it is just now reaching its peak and underage teenagers and kids seem to be its main target. What seems to be like a usual video game can easily become a gambling addiction considering that many video games nowadays involve in-game transactions. Unfortunately, many parents are still not aware of the hidden gambling-addictive nature of the video games their kids adore playing, however, Australian organizations did not let that slide.

They are trying to raise awareness and urge the Australian government to take some measures and implement restrictions when it comes to video games and gambling as a whole.