2019 World Series of Poker has come to an end and the one who managed to win the coveted gold bracelet was James Chen, a cash-game specialist from Taiwan. The event took place at Europe’s biggest poker arena at the King’s Casino and Resort in Rozvadov. 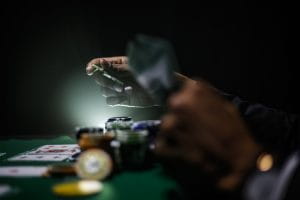 Chen won the gold in Rozvadov after he came super close to winning his first gold bracelet in Los Angeles to end up losing it against Stephen Chidwick who won the maiden bracelet in Event #45 $25,000 Pot-Limit Omaha. During that event, Chen scored his biggest live MMT cash of $1,000,253, which he now surpassed by claiming a payday of $3,142,848 for his first WSOP victory.

“It’s definitely nice to win a bracelet, it is a big reason why I am here. I wouldn’t say that winning a bracelet necessarily means you are a good player or not but when I was a beginner in poker it was always just a dream of mine to win one.”– explained James Chen in his winner interview.

Chen also explained that it feels great to be the first one to win a gold bracelet in his home country, Taiwan, and that he is hopeful that this will inspire other players to work on their own improvement and reach their own dreams.

Chen Revealed That He Didn’t Have a Strategy

Chen had a strong competition, however, in the end, he left behind Malaysia’s Chin Wei Lim while Christoph Vogelsang finished third and Tony G ended up in the fourth place.

What’s interesting about the winner of the 2019 World Series of Poker, James Chen, is the fact that he switched from cash games to tournaments only a few years ago and most of his early cash were from Macau. However, a six-figure buy-in is not new for him either because he is used in playing higher stakes at the cash game tables for some time.

During the first day of the 2019 World Series of Poker, Chen won three big flips in quick succession to become the chip leader, nevertheless, he then headed into the seven-handed final day as shortest stack when he lost to Nitsche and doubled Tony G on Day 2.

Chen revealed that he didn’t have a strategy and his only plan was to give his best to win chips from his opponents. In fact, after making it to the top of the leaderboard once again, he became the short stack and needed to win another two flips as the average stack had gone below 20 big blinds.

Chen added that he prefers to play cash because it is generally deeper stacked and one gets to play a lot more. He revealed that tournaments are a different kind of fun because there are different stack sizes and people tend to change strategies. He even revealed that during the tournament Julien Martini and James Romero were his major support.

In the end, Chen won the golden bracelet, Nitsche and Riess missed out the money while Tony G took over the vocal action after bursting the bubble against Riess with ace-queen versus ace-jack.