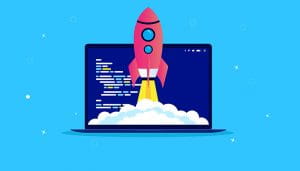 The Fresno City Council has received strong support with staff transfers and casino real estate, but a small problem remains. Once launched, Club One will produce sufficient revenue to pay the city about $ 700k in monthly salaries and $ 100k in tax revenue.

But it shut down the site when it was down during the epidemic. The grand opening is planned for Granite Park, the former home of the Cabo Wabo nightclub. On Thursday, casino workers and fans met at the town hall to persuade council members to clear the way for the new location to reopen.

More About Club One Casino

While the shutdown led to business troubles, owner Kyle Kirkland has long been scheduling how best to get back into business after the pandemic dies down. The plan is to relocate the site to the Granite Park area that previously operated as a nightclub.

Due to this, Kirkland expects to have a better start after completing the opening. The resumption of Casino will get the staff back to work. In addition to returning staff to work, the Casino hopes to generate about $ 100k in tax revenue each month for the city, which is over $ 1M a year.

At the beginning of the month, the owner of Club One Casino met with the city council to seek permission for this step. However, it seems that the opening of the location may postpone for at least a month. After a meeting between the Club One owner and Fresno City Council, there was a bit of a problem, according to ABC 30, when the place reopened a few days ago.

Councilor Tyler Maxwell said one of the primary causes for postponement is associated with public relations with residents of Granite Park. He said he received messages from worried citizens who told him they had never listened about the casino. One more concern that has been brought up about the site’s new location is that there are schools nearby.

Therefore, the board of directors agreed to delay the vote on permission of the reopening till the next meeting.

Kirkland announced that he was reaching out to neighboring companies. However, until now, he did not meet with the citizens of the district one by one. Kirkland responded to issues about schools near the new building, stressing that the facility has been managed for 25 years and he is well aware of how to keep minors from visiting the facility.