DraftKings officially launched the official iGaming app for West Virginia. Online gaming in West Virginia is now accessible to people who are 21 and over and are physically residing in the state. They can do that through the recently-launched standalone app or via the company’s Mobile Sports Betting service. 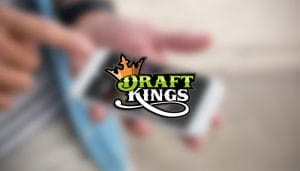 Online casino gaming in West Virginia was legalized after the Interactive Wagering Act, became legal last year. The legislation requires online gaming companies to sell applications through agreements with the four racinos of the state and the Greenbrier Resort.

John Myers, the West Virginia Lottery Director stated that this is the peak of hard work and planning that took an entire year. He added that they are looking forward to licensing and approval of their other casinos and their affiliated providers when they are prepared to launch.

Online casino gaming in Delaware, New Jersey, and Pennsylvania has already been legalized before. West Virginia is an exception. However, online gaming did not fully offset the loss of support from retail casinos during the COVID-19 crisis. In fact, the apps in those states still managed to make millions of dollars in tax revenue as people were gambling online more than ever in the last few months.

This comes as a result of the lockdown due to the new coronavirus that first emerged in the Chinese town Wuhan in November of last year. In March 2020, the World Health Organization declared the virus pandemic.

Additionally, DraftKings also recently announced the opening of its standalone casino app in New Jersey on June 23. After the company was opened there in 2018, casino games have been available on the sportsbook app. On the other hand, now the standalone app also features games from providers such as IGT, Slingo, and Scientific Games.

“Following our debut in the Garden State, we look forward to continued innovation, a nationwide expansion where regulations allow, and to further positioning DraftKings as all-inclusive gaming and entertainment experience,” stated Jason March, DraftKings’ Vice President.

Michigan Is the Next to Legalize Online Gambling

However, West Virginia is not the only one that will soon receive an online casino. Michigan comes right after it. According to the lawmakers, Michigan will be able to offer online casino gaming in December. What’s more, at the moment Michigan’s Gaming Control Board is already working on the rules that should be established before online casino and mobile sports betting are available to users.

The good news for the users though is that online gaming will be accessible through authorize companies all around the state. Those authorized companies will include tribal casinos and state-licensed commercial casinos. Another interesting thing is that the companies will be permitted to offer two different brands, each for interactive poker and for other casino games.