DraftKings, TheScore, PointsBets, The Stars Group and Kambi Together in a New Alliance

Penn National Gaming signs the most renowned sports betting operators and enters into a new sports betting market with immense opportunities. On Wednesday,31 July, the biggest North American operator signed an agreement with four of the leading names in the gaming domain including, DraftKings, TheScore, PointsBets and The Stars Group in return for fees, equity and shared revenues. Kambi, the biggest sports betting supplier is selected as a technology provider to power on sports betting in states where the same is legalized. 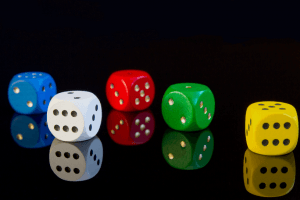 Penn National Gaming Inc. is an American operator of casinos and race tracks that is based in Pennsylvania. It runs in almost 43 facilities across 19 US states as well as in Canada. Many of them under the Hollywood casino brand.

Penn Interactive Ventures, which is a new interactive gaming division of Penn National Gaming, will run the new sports betting operations over the new agreement with Kambi. In other words, Kambi is to launch the platform ahead of an on-property and online rollout in jurisdictions with active sports betting legislation. The first launches are expected to take place in 2019, primarily focused on brick and mortar casinos in Iowa and Indiana. The online sportsbook is to be underway in 2020. According to the agreement, Kambi’s revenues are not supposed to have a rapid increase this year, yet speaking of long term plans the profit is expected to rise depending on the speed of future state regulations.

The Position and Involvement of the Four Betting Operators

The fantasy sport operator DraftKings will also have some ‘skin’ in the game. The expanding leader in the sports betting industry signed a 10-year agreement which can be renewed in accordance to the revenue’s growth. They will have a first skin in Florida, Ohio, Missouri, Pennsylvania and Texas, second skin in West Virginia and third skin in Indiana. Penn National’s senior vice president of interactive gaming, Jon Kaplowitz, said “…Penn National is excited to be extending our partnership with Jason Robins and his team. We believe that DraftKings is well positioned to continue its success in the years to come.”

Next is the Toronto based new arrival in sports betting industry, theScore. Founded in 2012 by John S Levy, the company operates digital sports and media products delivering sports scores, data and news through newly developed and recognized platforms. Their mobile app is going to be launched in New Jersey before the beginning of the football season. Penn national is taking 4.7% stake in theScore and it’s giving the operator an opportunity to become a big player in the growing sports betting industry. They are partnering in Kansas, Iowa, Michigan, Missouri, Texas, Indiana and Massachusetts.

Point Bet has signed a 20-year agreement with PIV that covers casinos in Indiana, Ohio, Missouri, West Virginia and Louisiana. Penn Interactive Ventures will take 5.28% equity stake as part of the deal with options to gain an extra 10.4m PointsBet shares, plus an additional $2.5m access fee for the Ohio operations.

Found in Toronto, Stars Group has inked an agreement for 20 years revenue sharing deals also covering the above-mentioned countries. Moreover, the deal gives PNG an advanced payment of $12.5m, plus another $5m created on “certain conditions” in the Texas market, along with a one-time bonus depending on how high total income gets by 2023.