United States Senator Elizabeth Warren of Massachusetts filed a bill that would treat active U.S. military personnel struggling with gambling addiction. The Gambling Addiction Prevention Act of 2019 filed on July 10th requires that gambling addiction be included as a mental health condition. It will offer treatment programs and resources to assist those afflicted in overcoming the addiction. 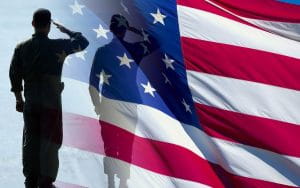 In 2018, Senator Steven David Daines filed a bill for U.S. service members to be screened for gambling addiction as part of their annual health assessments. It passed as part of the National Defense Authorization Act of 2019. Gambling addiction in the military is a bipartisan concern as Warren is a Democrat and Daines is a Republican.

Warren said to Masslive.com, “It is our duty as Americans to honor the sacrifices our service members and veterans make for our country. Senator Daines and I are reintroducing bipartisan legislation to make sure our veterans struggling with a gambling addiction can get the treatment they need.”

Why Military Veterans Have Gambling Addiction?

Service Members are at higher risk than the general population for gambling addiction, partially due to accessibility. The American Journal of Addictions reports that military veterans are more than twice as likely to develop a gambling problem than citizens of the general public. There are over 3,000 slot machines located on U.S. military bases according to the Government Accounting Office. In addition, many bases are located near casinos. Wagering a few dollars seems negligible compared to literally risking their lives on the battlefields. PTSD is an additional risk factor. Those who suffer from the ailment may turn to gambling as a coping mechanism to focus on something other than traumatic memories. Military personnel is also predisposed to engage in risky or impulsive behavior. Even those who don’t suffer from PTSD may develop a problem due to the same factors that draw non-military personnel. People struggling with boredom, depression, loneliness, or stress commonly view gambling as an attractive vice.

The reason gambling isn’t banned throughout the military is that it does have its benefits. Gambling relieves boredom and passes the time. It can relieve stress and provide thrills. In addition, it can build comradery among the 18-24 demographic who are often away from friends and family for the first time in their lives.

Due to the prevalence of gambling combined with the risk factors the issue must be addressed. The Government Office of Accountability Report shows only 514 active-duty personnel were diagnosed with a gambling addiction in 2017. However, the National Council On Problem Gambling estimates over 50,000 active-duty service members suffer from gambling addiction. The GAO report also considers gambling addiction as both health and financial concerns.

Warren chose to address the issue upon learning that slot machines at foreign U.S. military installations profit in excess of $100 million at the expense of service members. While she is opposed to gambling, banning it is not a feasible solution. The Gambling Addiction Prevention Act includes a variety of approaches for both treating and preventing addiction such as raising awareness on military bases. Less than 10 percent of those afflicted with gambling addiction seek treatment due to lack of comprehending the disorder. Raising awareness is expected to increase that number so more people can pursue the treatment they require.

Financial benefits are also anticipated due to investment in treatment and prevention. Fewer veterans will resort to abusing drugs and alcohol as part of prolonged gambling addiction. Furthermore, minimizing the quantity of those afflicted will reduce the strain and cost of mental health programs. Most importantly, active-duty service members will lose less of the money they sacrifice so admirably for.