EU to Pressure Malta into Revamping its AML Framework

Malta’s notoriety in the European Union (EU) as a financial and gambling hub, as well as a safe haven for cryptocurrency companies, is now beginning to face tremendous pressure from the EU to implement better and more manageable AML (anti-money laundering) frameworks and to strengthen its AML vigilance to protect the overall financial environment of the country. The EU, however, does not plan to let Malta tackle this problem alone. The European Union has created a budget of sizeable proportions to help support the island nation of Malta in its efforts to ensure financial safety and security to all of its foreign customers in the industries of finance, cryptocurrencies, and gambling. 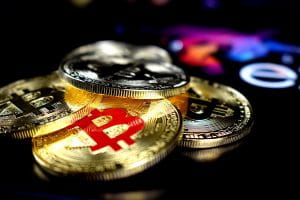 The EU wants Malta to strengthen its AML framework © Pixabay

While the EU has been generous about providing a budget to Malta, Malta insists that it is not a lack of funds for the project but rather an increase in manpower for the police’s Economic Crimes Unit that it so desperately needs. The European Commission does agree that change in the country’s regulatory landscape is an advantage; however, it cannot ignore the issue of understaffing of the Maltese police’s Economic Crimes Unit for this project. A month ago, the EC pointed out that, “cryptocurrency operators require an effective anti-money laundering enforcement.” It also made known its concern that corruption may affect the business landscape negatively.

Malta’s poor anti-money laundering laws are sure to have a landslide effect on European countries, given that this country is a financial hub. Its AML framework will especially affect those EU countries that have different financial and gambling laws than Malta. Most EU countries or member states have started placing cryptocurrencies under a strict regulatory framework, which is unlike what Malta is currently doing.

In fact, the European authorities had just recently come down heavily on Malta for the extensive gaps in its AML compliance defenses, among other issues such as its large money laundering cases. In November 2018, the EU had come down heavily on Luxembourg and Malta for failing to comply with financial crime regulations.

Past and present attempts

The EU has helped Malta on several occasions in the past to fight the illegal activities emanating from the small country and to implement a better ASL framework of governing the cryptocurrency and financial industries in Malta. But there is still a lot of work to be done.

OKEx and Binance, which are two of the world’s largest crypto exchanges, had decided to branch out into Malta; however, this was before the EU decided to put its foot down and tighten the ropes in Malta. Will these companies still invest in Malta after it enforces strict regulations, is yet to be seen. If Malta takes a strict stance to the blockchain, there are very high chances that they will lose out on newcomers, and this will hit the nation’s budget tremendously.

Recently Malta has been under pressure from European as well as US authorities to bridge the gaps in its AML compliance defenses, and now the EU has decided to remind Malta that it must act soon. The problem, however, is the understaffing of Malta’s police’s Economic Crimes Unit. The solution, it seems, will be to import market experts to help Malta get out of this mess and to help the country implement a crypto-friendly AML policy that is compliant with the rest of the European Union.