Everything to Know About Daily Fantasy Sports Games in the US

Daily fantasies have become as popular as the season-long fantasy sports contests. Instead of accumulating points over the course of months, bettors can make selections and go head-to-head or enter tournaments for daily payouts. 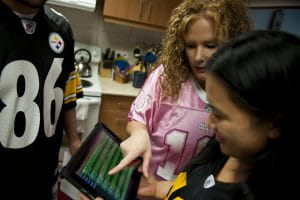 While the major online fantasy sports bookmakers will offer both options, US bettors new to daily fantasies should give them some consideration, especially if their season-long competitions aren’t shaping up as they were hoping. Here are the basics, and the features to look for when selecting a daily fantasy sportsbook.

Baseball, basketball, and American football are the three most popular daily fantasy sports. But the different options extend far beyond those three, including college-level athletics. Soccer, hockey, cricket, rugby, and other traditional team sports are common. Individual sports like wrestling, MMA, tennis, golf, and auto racing are popular as well. In fact, more and more e-sports competitions are featured on daily fantasy sports sites every day.

Of course, the number of choices depend on the season. The Olympics are even represented on fantasy sportsbooks. But almost all major sports are offered.

Use the brief overviews below to see what might be of interest – but before diving into real-money betting of any form, research and practice provide the best chances of success. Leagues: Leagues involve a specified number of bettors going for a fixed jackpot split between those with the top scores. Both the total prize pool and the size of the league is decided before anyone joins. Entry fees vary wildly.

Tournaments: Tournaments are the same as leagues except that the number of players is unlimited, and the size of the jackpot is determined by how many bettors join. At the major daily fantasy sports websites, tournaments can climb to millions of dollars.

Satellites: A satellite is a small-pot tournament you play to qualify for a big-pot tournament. Instead of playing a huge entry fee, a bettor could pay a small entry fee and win a bypass of the larger entry fee.

Steps/Qualifiers: Steps, also known as qualifiers, are multi-tournament competitions for entry into a tournament with a huge pot (and large entry fee). The only difference between these and satellites is the requirement to play more than one contest.

Head-to-Head: Two bettors face off against each other and no one else. The winner takes the other’s wager.

50-50s/Double-Ups: Head-to-head games with more than two players are either called 50/50s or double-ups depending on the website. Both are the best places to start for new players. Multipliers: Multipliers have the same contest structure as 50/50s, but with a different payout structure. Bettors can win either 2x, 3x, 4x, or 5x their wager. It’s as simple as that.

Is Daily Fantasy Legal in All 50 States?

Because of these restricted jurisdictions, both FanDuel and DraftKings require the location of their users to ensure compliance with state laws. Anyone located in any state other than the six listed can legally play daily fantasy sports from their mobile or desktop devices.

While alternatives to the two major US sportsbooks exist, their daily fantasy sports prize pools just can’t compare. While FanDuel and DraftKings are comparable, the third best site for fantasy sports simply do not have the membership numbers to offer the big payouts and lucrative special offers.