Rupert Murdoch’s Fox Corporation will be the first North American media company to offer a sports gambling platform. Fox Corp has created FOX Bet, which has launched in New Jersey. The Stars Group is also affiliated with FOX Bet as a partner. Back in May, Fox invested $236 million in The Stars Group in exchange for a 5 percent stake in ownership. Additionally, the Stars Group is the parent company of the popular poker operation, Poker Stars. 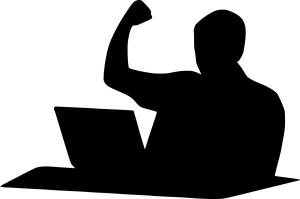 This won’t be Murdoch’s first gambling endeavor. He was previously involved with the sports gambling service Sky Bet, in the United Kingdom. Fox Bet will bear a strong resemblance to Sky Bet in terms of targeting casual gamblers. Sports gambling is now legal in many states following the 2018 Supreme Court’s decision allowing states to permit gambling if they choose. FOX Bet is planning to spread beyond New Jersey in the future. Bettors in New Jersey will be allowed to wager on baseball, football, golf, hockey, soccer and tennis. Curiously, basketball was not mentioned among the sports to the media but appears to be offered on the Fox Bet website.

FOX Bet Is A Platform For Modern Times

People these days do everything on their phones, including bet on sports. Fox Bet is phone-friendly as they’ve already developed applications for both Apple’s iPhone and Google’s Android devices. Additionally, fans can request to place bets on social media by typing the hashtag #CustomBet. Other attractive features include signup bonuses, deposit bonuses, promotional offers, and Daily Bet Boosts. The Fox Bet website currently has promotions featured on the website. People receive an automatic $20 for signing up and depending on their deposit can receive up to an additional $100.

Fox Bet CEO Robin Chhabra released a statement saying, “If you’re a sports fan in New Jersey, Fox Bet is a game changer. Fox Bet combines decades of expertise in content-rich programming and regulated online gaming to drive a superior, integrated and interactive live viewing experience for our customers found nowhere else in the United States.”

ESPN is a major rival to Fox Sports in terms of sports programming. However, ESPN currently doesn’t have any intentions of launching a sports betting platform of their own. ESPN won’t be in the business of actually taking bets, but they will be affiliated with a sports book located in Las Vegas. ESPN’s position is due to concern that being part of the actual gambling process could potentially damage the reputation of their brand.

A similar platform from ESPN isn’t completely ruled out. They could be waiting to gauge how Fox Bet is received, and how it impacts the Fox brand.

Fox Sports Will Play A Role

The Fox Sports team is onboard with the project and will work in affiliation with Fox Bet. Among the biggest names signed on are Fox Sports analysts Nick Wright and NFL Hall of Famer Cris Carter. Gambling experts Cousin Sal, Clay Travis, and Todd Fuhrman. One of the biggest names in sports talk shows, Colin Cowherd, will also have a role in addition to Fox NFL Sunday host Charissa Thompson. Cowherd is featured on the home page of the Fox Bet website.