Reports on Friday the 27th of March 2020 had it that the Malta Gaming Authority (MGA) has cancelled Pick Mister’s Licence. The cancellation came amidst reports that the B2C gaming service had failed to pay its licence fees for 2019. Pick Mister offered online players a wide range of gaming options and was operating on a website platform, pickmister.com, under a Maltese licence. 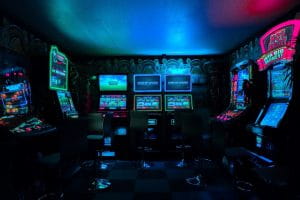 According to a statement released early Thursday, the MGA ruled that Pick Mister’s authorization was rescind as a result of licence breech. The cancellation means that the gaming service can no longer perform any gaming operations, register new players or take new client deposits. The statement went on to emphasize that all Pick Mister’s gaming operations had ceased effective Thursday 26th March 2020.

According to the regulator, the gaming service breeched section 9 (1) of Malta’s Gaming Compliance and Enforcement regulations, specifically paragraphs C and I. Paragraph C was made in reference to the failure of the gaming authority to comply with one or more applicable obligations in terms of regulations or laws in Malta. The gaming service failed to submit a completed compliance contribution calculator and player fund reports for the period dated August 2019 to February 2020. On the other hand, Paragraph I referred to the failure to pay a licence fee of €10,000 ($11,000/£9,140) for the 2019 year.

The ruling is not the end for the gaming operator. The MGA confirmed that Pick Mister could appeal against the ruling.

Despite the halt of operations, the MGA ordered the B2C gaming service to provide all their registered players with access to their accounts. Not only were they to provide access to accounts, but also to refund customers their balances and any other money that was owed.

Other Operators That Lost Licenses

Pick Mister became the second gaming operator to lose its license in March 2020 after Stakers Limited B2C gaming service. Stakers’ gaming license was suspended after a similar decision was arrived at by the GB Gambling Commission. Stakers had been running its website platform, stakers.com, under a Maltese License but the suspension meant it was no longer authorized to perform any gaming operations, register new players or accept new client deposits.

In a statement, the MGA explained that it had taken action after the British regulator suspended Stakers’ operation license in early March over a host of non-compliance issues. The suspension took effect on the 5th of March 2020 and made it illegal for the gaming operator to offer gambling functions via its platform in Great Britain. Stakers had been operating within the U.K under a combined remote operating license. The remote operating license covered a host of gambling activities including, but not limited to, real event and virtual betting casino activities.

Following the suspension, the British regulatory body commenced a review under section 116 of the Gambling Act of 2005 which states that the commission can review any license so long as it is deemed to meet certain criteria.