A few days ago, DC Lottery started expanding its range to GambetDC with self-service kiosks at four local bars: Dirty Water, Lou’s City Bar, Ben’s Next Door, and Takoma Station Tavern. The team features famous football players Charles Mann, Brian Mitchell, Fred Smoot, and Santana Moss, who are in the spotlight. DC Lottery’s objective is to open kiosks in 20 locations before next year. 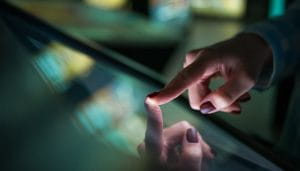 “You’ll see each organization call it ‘their sportsbook. We wanted them to do that, and that’s how it becomes a success. They have their brand and we work with them. It’s no longer the lottery pushing out messages,” – said the director of marketing and communications of DC Lottery, Nicole Jordan.

Later this year, they will have an extensive network. Ensure [players] will be able to play where and how they want and to have a sturdy retail network that they can add to their cell phones.

The surroundings provide a novel environment that often indicates precisely where to place your bets. Some sites are banned as they own by the federal government. While sports betting providers, which are Class A operators and offer to bet on sports sites, have an exclusive two-block zone where they are the only digital platform available. The expansion of the DC Lottery with so-called Class B operators enables GambetDC to compete with newcomer BetMGM and William Hill in the country’s capital.

Jordan said they sat in the room in front of the Madness March for the initial launch and they were doing some tests. They did the last race, and the NBA game was canceled. Seeing the cancellation of the student games, she understood: they are starting a sportsbook without sports. Lottery authorities decided to delay the start until the end of May 2020.

DC Lottery Got the Message Across

Every betting business revolves around making money, but in this matter of a website operated by a state lottery, you must make a profit to increase the state’s earnings. A basic comparison of online shopping between BetMGM and GambetDC reveals how difficult it is to find a balance between entertainment and the need to generate income.

Jordan admits that this is difficult for GambetDC, but she also believes that players are ready to play because the DC Lottery got the message across.

Coming up in front of worldwide very popular bookmakers such as William Hill, which started its full-service bookmaker at Capital One Arena in May, has always been a challenge for any government or non-government opponent. GambetDC has accounted for over 46% of all bets placed since William Hill hit the market in August last year in terms of tickets sold, but the combined $ 42 million is less than a 3rd of its rival.

The normal rate placed through GambetDC was $41.83 in June, up 21.3% from the $ 34.47 average. The District of Columbia was the only approved gambling site in the country, peaking at an all-time high of $ 19.5 million in June.