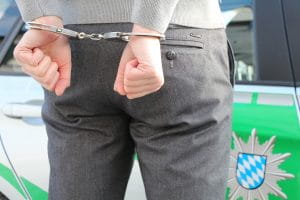 The online betting giant stirred controversy after it emerged using’ grooming’ messages and daily cash bonuses of up to £ 5,000 to keep hooked on its biggest losers.

Rebecca Jones faced the humiliation of spouse Ben, 30, who was jailed for three years for robbing £ 370,000 from his company to fund his addiction to gambling after receiving dozens of messages from Betway staff.

MPs stated that the Gambling Commission, the industry regulator, appeared ‘ directly involved ‘ and demanding to know who owned the betting giant.

The Gambling Commission Demands To Know Who Owns Betway

Betway has a suspicious proprietary system that brings us back to a British Virgin Islands shell company. MPs stated that the Gambling Commission, the industry regulator, appeared’ directly involved’ and demanding to know who owned the betting giant.

The Gambling Commission, on the other hand, refused to reveal the owner of Betway.

Betway also declined to disclose who is the actual recipient of its £ 282 million annual company. The organizational structure of the gambling business raises concerns as to why a license to operate in the UK is given to such an enigmatic organization.

Also, it is permitted to financially support big sporting events and teams in the UK and elsewhere, along with the Grand National, West Ham United FC and the current England-South Africa cricket test series.

“Devious deals and deception are at the heart of this industry. The more you look the more you find. For too long the actions of this industry have gone under the radar and the Gambling Commission is complicit. They have allowed these kinds of Machiavellian dealings to go on unhindered,” – shared Labor MP Carolyn Harris, leader of the all-party gaming ruling coalition. She also took the opportunity to urge them to reveal who is the owner of the shady Betway in order for the law to make them face the consequences.

The Company Says They Don’t Hide Their Owner

Moreover, the former Tory leader, Duncan Smith, said that the Gambling Commission should now take action as it is essential to know who makes profit when gambling organizations encourage gambling addiction to bet and gamble on the account of the ruins of their own families.

Additionally, George Tunner who is a part of TaxWatch UK noted that they have seen regulators fail to uphold high standards and ethical practices in their vacancies repeatedly once more. It is just not helpful for the Gambling Commission to claim they know who the owners are, while shady firms try to conceal from the public their true owners.

However, the company comes forward with the statement that as professional, licensed operators, descriptions of their owners are given to all of our regulators, as legally required. In all jurisdictions, Betway is completely taxed compliant, and we pay all the taxes required.

To this, the commission responded that they anticipate license applicants to give them all the details they need to determine if they are appropriate for holding a license or not.