US and UK growth Sets Off Nordic Struggles for NetEnt

Despite the supplier saying that both Norway and Sweden continue to bring a below-par performance to the table, NetEnt has put a 23.9 percent year-on-year increase in revenue during the first quarter which is mostly due to growth within the US and UK market. 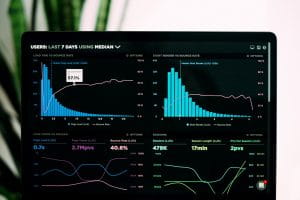 The total revenue for the three months up until 31 March was SEK518.0 million, that is about $51.4 million. This number is up from SEK418 million from the same period last year. The slot games from NetEnt were responsible for 90 percent of all the gaming revenue during the quarter compared to the table games 10 percent.

Revenue Contributions From Other Regions

When it comes to business elsewhere, the rest of Europe contributed to the majority of its revenue at an impressive 43 percent in the first quarter. The remaining 20 percent of the revenue came from the rest of the world. Even though NetEnt did not disclose exact numbers for every individual country.

Therese Hillman, who is the chief executive did, however, single out a number of markets where growth had been seen. Hillman said that the majority of the growth came from the USA and the UK, this is while developments in Norway and Sweden continue to be negative.

NetEnt said that by last month, it had fully integrated the slot developer into its business. It had acquired the slot developer in September of last year. Seeing as there is an increase in spending and that it has surpassed revenue growth in the first quarter, this means that operating profit dropped 5.6 percent from SEK126.1, million in the first quarter of 2019 to SEK 119.1 million this year.

Also, before tax, the profit fell by 32.4 percent to SEK88.5 million even after paying SEK6.5 million in tax, which is down from SEK82 million which is also down 31.8 percent from last year, where the profit stood at SEK120.2 million.