It is widely believed that professional sports fans in Chicago are by far the most loyal ones in the entire United States. It is always a real struggle to ever get a ticket of the Bears as their games are always sold out in just a few days. The Bulls are not that good as they were during the time of Michael Jordan, however, they never fail to sell out their games. The Cubs are also considered to be the most popular MLB teams and so on and on. 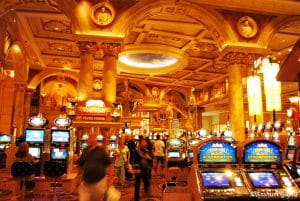 On top of that, while Illinois has yet to legalize sports betting in the state, a new prediction by Global Market Advisors revealed that in 2023, $5.2 billion could be wagered in Chicago. If so, those projects will only be second to that year’s $5.5 billion from Nevada. To be fair, Illinois had a low end of the study in 2023 at $2.8 billion, but even that total project behind California, Texas, Florida, New York, and Nevada alone. In the U.S., California, Texas, and Florida, the three most populous states have yet to legalize sports betting. Another study suggested that 450,000 residents of Illinois are willing to start placing legal bets once sportsbooks are open.

The firm’s Illinois sportsbook ventures will retain sales of between $168 million and $338 million by 2023. The government takes a 15 percent reduction in all sportsbook income under Illinois law; a further two million would be levied in Cook County, the second-most populated county in the United States where Chicago is situated.

Physical and Mobile Betting Is Already Allowed in Illinois

For a record, the state of Iowa, which is bordering Chicago, is way less populous than Illinois and even has no professional sports teams, nevertheless, managed to generate around $95 million wagered funds since sports betting was legalized in the state in August 2019.

When it comes to Illinois, sports betting was legalized in the state in June 2019 by Illinois’ governor, J.B. Pritzker as part of a larger capital bill. However, despite the fact that according to this law, both physical and mobile betting is allowed, the latter one can’t start until the launch of retail sports betting reaches 18 months.

Incidentally, mobile licenses will cost a whopping 20 million dollars. The first retail sportsbook license applications will be released on or before December 19, at the next meeting of the Illinois Gaming Board.

Those players who want to put a bet would be able to do that in person in the state’s racetracks, casinos and also at large professional stadiums. Nevertheless, despite that, wagering in colleges is not allowed.

By incorporating this new law, the state of Illinois will not only get a step further regarding the gambling industry but also generate a significant state revenue like that is a case with many other states in the country.