Reports on Friday the 24th of April 2020, Sports betting services provider the Kambi Group has reported a year-on-year rise in revenue and profit for the first quarter of 2020 despite the impact of the novel coronavirus on business operations. The reports come amidst a global Covid-19 pandemic that has seen a host of organizations in different sectors plunge into crisis. 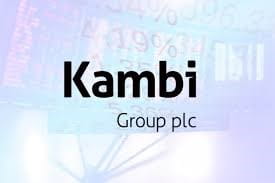 The company attributes the revenue growth to a 27% increase in operator turnover and an operator margin of 9.3%. A strong performance in the global football market particularly in the English and Spanish leagues prior to suspension of the competitions due to the virus outbreak also aided the increased revenue margins. The Kambi group also confirmed that it saw considerable turnover growth on basketball and American football betting. This year’s turnover from the Super Bowl was the largest ever for any single event in the company’s history.

“The sports calendar has been stripped bare across all corners of the globe. Major leagues and a host of other sporting events have either been cancelled or postponed, quite rightly, until safety can be guaranteed,” remarked Kristian Nylén, Kambi’s chief executive. The executive acknowledged the impact of the current situation on the gambling sector and she was confident that sooner rather than later the situation will be under control and the gambling sector will regain its lost glory.

As far as revenue is concerned, Europe is responsible for generation of 61% of all revenue in terms of geographical performance in Q1. This is so compared to 77% generated during the same period in 2019. According to Kambi, the slump was due to its growing presence in the Americas with their revenue from this region increasing to 37% from 20% and an additional 2% coming from activities in areas around the world.

Key Developments in the US Market and the Numbers

The company noted a number of key developments in the US market during the quarter that might have seen it increase its revenues. The key developments include launches in Illinois, Michigan, and Mississippi. The gambling provider is already active in Indiana, Iowa, New Hampshire, New Jersey, New York, Pennsylvania and West Virginia.

In terms of operation expenses for the quarter, the company spent a total of €21.1m, a 14.7% increase on last years expenditure of €18.4m. Staff costs were the company’s main expenditure standing at €10.4m, a 25.3% increase compared to last year. Data supplier expenses, on the other hand, climbed up by 35% to €2.7m. The company’s amortization costs also increased by 31.8% to €2.9m. However, other company operating costs reduced from €5.9m to €5.1m representing a 13.6% reduction.

Kambi projected that the operating expenses would most likely decline by 20-25% in the second quarter. The reduction, they said, would be as a result of a cost-saving programme to help mitigate the impact of Covid-19. Should the current situation regarding cost-saving and the lack of sports events remain for the rest of the calendar year, the full year costs would fall by 5-10% year-on-year, confirmed the company.