Masse Hopeful That Liberal Government Will Remove the Ban

Because of federal bans, the Canadian gaming industry is continuing to lose billions of dollars in sports gambling revenue to the illegal market every year — and a recent U.S. legalization push could further endanger the profitability of casinos in Canada according to proponents. 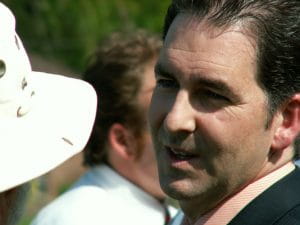 Gambling supporters in Canada, like NDP MP Brian Masse, are optimistic that the recent legalization of sports betting in some of the U.S. states including Michigan and New York would push the Liberal government to take action now and save the casino jobs — especially at areas such as Caesars Windsor and Niagara Falls-based Fallsview, that rely on a continuous stream from the U.S. bettors.

A year-long attempt to regulate sports betting failed when the Federal Liberal government acted against legislation to legalize this kind of betting in the country. Their view regarding legalizing sports betting in Canada in 2016 was that single-event betting might lead to match-fixing. On the other hand, the opposition was terrified when sports leagues like the NBA and NHL became partners with casinos based in Canada’s neighbor – the U.S.

Masse, who introduced the bill for a private member to dismantle the ban, explained that the Liberal government should address the problem once the House of Commons is back next week. The administration just has to remove one sentence from the Criminal Code to end the ban — a compromise that Masse said could have been made via legislation or a cabinet order-in-council

Canada is in a Lose-Lose Position

Masse revealed that Canada is in a lose-lose position right now because the U.S. courts left the country behind in terms of this issue. Sports betters in Canada are restricted to “parlay” bets— suggesting they have to make bets on more than one match and select the winning team to get any kind of payout in each contest. The probabilities of a winning bet are minimal. People in Canada wager about $500 million a year on parlay bets through lottery games.

Masse stated that Canada is facing a loss of capital investments, jobs, and customers as a result of this. He explained that the country is facing all the issues caused by sports gambling without receiving any benefits in return.

Masse said in the last election, Windsor-area Liberal candidates promised voters who re-elected Trudeau administration would make the Criminal Code ban to assist those casinos to compete, but the Office of the Prime Minister has backed away away.

“Our government is aware of the recent changes to the legal frameworks for legalized gambling in the United States, which have produced consequences on both sides of the border. We continue to monitor the situation, as well as meet with and hear from individuals and groups that have been affected” – said Rachel Rappaport, Justice Minister David Lametti’s spokesperson in a statement. According to figures from the Canadian Gaming Association, approximately $14 billion in annual sports betting — $10 billion through the illegal market through bookies and $4 billion more through offshore online outlets is gambled by people in Canada through illegal means, beyond government regulatory control.