While many states around the US have already fully established sports betting, Tennessee seems to not be taking any steps further regarding this matter. In fact, although some of the officials are optimistic about the situation and believe that the state will regulate sports betting by the end of this year, others are saying that sports betting lovers would be lucky if they get the opportunity to bet on the Super Bowl in February. 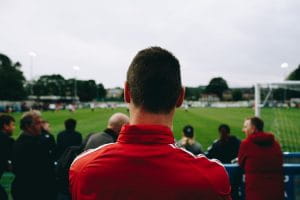 On top of that, officials’ attempt to build the nation’s first mobile-only sports betting operation has slowed due to the state’s restrictive law regulations. Nevertheless, this might be solved with the creation of a nine-member panel which task would act as a counselor of the Tennessee Education Lottery Corporation. Therefore, some of the members were already named. Former FBI agent Brian Fazenbaker and Knox County’s Chief Deputy District Attorney General Samuel Lee were chosen by Lieutenant Gov. Randy McNally.

Casada Didn’t Have the Chance to Name his Third Appointee

Knoxville attorney John Valliant Jr. and lobbyist Thomas Lee are appointees of republican Glen Casada who also supported the betting measure. Casada, however, was resigned his position as a leader Speaker of the House following a scandal of explicit text messages about women right before choosing his third appointee. This duty was then given to House Speaker nominee Rep. Cameron Sexton who still hasn’t chosen his third appointee.

Bill Lee, the Republican governor who is against gambling measure, still hasn’t chosen any of his three appointees. Speaking with the Associated Press, Republican governor Bill Lee promised that he will make his selections very soon and stated that he is not attempting to slow down the process.

Kym Gerlock, Tennessee Lottery spokesperson in her email to the Tennessean wrote: “As required by the Tennessee Sports Gaming Act, the Tennessee Education Lottery Corporation is working to create the necessary rules and processes required for online sports wagering. There is no timeline at this point, but we will post updates to our website as they are available.”

Bill Lee Allowed the Gambling Measure Without his Signature

It is important to note that Tennessee did legalize online sports betting just a few months ago when republican governor, Bill Lee allowed the gambling measure to pass even without his signature due to his anti-gambling point of view, however, there are many regulations that should be made before online sports betting begins.

It is believed that sports betting would generate around $245 million in taxable gaming revenue annually and that revenue would be split into few parts. 8 percents of that revenue are expected to contribute to Lottery for Education Fund, 5 percent will go to Mental Health and Substance Abuse Services Department in order to provide help to those who suffer from gambling disorders and 15 percent will be given to local government infrastructure projects.