Mobile Sports-Betting Finally Made Its Way to Indiana 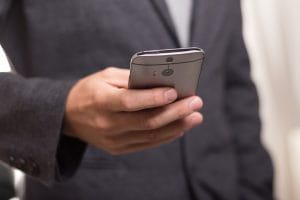 The partnership between the two companies, which was officially authorized on September 6, announced that one of the operators would provide in-house, sportsbooks and online sports betting. This authorization was given after the operator proved that the mobile platforms they make meet all the requirements made by the State. Therefore, it is expected for more operators to come into the game in the near future if they meet the State’s requirements.

When the online sports betting officially gets launched, all of the people who are inside the borders of the state of Indiana will be able to place a bet after providing some personal information in order to confirm that they are 21 years or older.

The online sports betting will include wagering on a variety of sports including basketball, baseball, hockey, college football, golf, and soccer.

With this Indiana will make the last step of its journey of legalizing sports betting following a number of other states made the same move in the last few months after the Supreme Court gave the states permission to legalize sports betting last year.

In fact, on September 1 when the state law finally legalized gambling for residents of Indiana who are 21 years or older, the state of Indiana became the 12th state to take this legendary step in the history of gambling of Indiana.

The Tax Rate on Sports Wagers in Indiana is 9.5%

With the legalization, Indiana also implemented a 9.5% tax rate on sports wagers, a tax which is way higher than in other states such as Nevada and New Jersey where tax rates are 6.75% and 8.5%. Nevertheless, it is also crucial to mention that it is also significantly lower when compared to states such as Mississippi and West Virginia where tax rates are 12% and 10%.

Indiana’s governor Eric Holcomb signed IN sports betting bill H 1015 into law back in May this year while it was approved by Indiana Legislature in April.

“Gaming is a highly regulated industry that once had little competition, but now does from surrounding states and new technology. By modernizing our laws, this legislation will spur positive economic growth for our state and for an industry that employs over 11,000 Hoosiers”, stated Governor Holcomb in a brief release about his decision to sign the bill.

Indiana Will Become the 7th State in the U.S. to Offer Mobile Sports Betting

At the beginning sports betting could be placed as in-person at one of Indiana’s casinos or some kind of gaming facility, however, as from October bettors will be able to place sports betting via their mobile devices – something which most of the states around the United State are planning to do in a near future.

With this decision, Indiana will officially become the 7th state in the country to offer mobile sports betting, however, as already mentioned the bettors should be physically in the state of Indiana and should first provide some personal information in order to confirm whether they have the minimum legal age to place a sports betting.