In June 2018, Gov. Phil Murphy of New Jersey made the first-ever legal sports bets in the history of the state, betting $20 each on Germany to win the World Cup along with the New Jersey Devils to get the 2019 Stanley Cup. While Murphy lost both these wagers, in just under a year, the state hit a lucrative and historic jackpot. 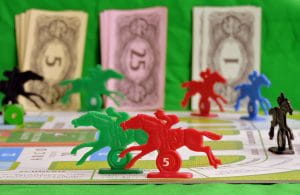 Over Half of U.S. Residents Now Able to Legally Bet on Sports © Pixabay

In May, New Jersey actually passed Nevada becoming the top state in sports betting for the month, for the first time. The Garden State reached $318.9 million in total bets taken, with $15.5 million being the revenue earned after payouts. This bested the $317.3 million in handle and the $11.6 million in revenue earned in Nevada.

Now, New Jersey joints six other states (not including Nevada) that has allowed legalized sports betting across collegiate and professional games since the U.S. Supreme Court ended the 50-year monopoly held by Nevada. It’s been proven that betting on sports events is a favorite pastime for many Americans, even if more than $150 billion is wagered each year in the gray market, which is still controlled by legal offshore sportsbooks and bookies.

Several factors are attributed to the rapid ascent of New Jersey, including the well-established online gambling and casino industry. However, it is still too soon to determine if other states are going to be able to cash in as well on legal sports betting, which is hailed as being big-league revenue generator for boosting underfunded education, infrastructure, social services, and an array of other government programs.

For example, in New Jersey, a Casino Revenue Fund has been created for the benefit of disabled residents and senior citizens. It’s known for sure that more states are going to be trying to achieve this success. In just five years, sports betting is likely to be available in more than 80 percent of all U.S. states.

40 States Will Have Legalized Sports Betting by 2024

In May 2018, there was a unanimous SCOTUS decision, which overturned the PASPA, which was a federal law established in 1992 that restricted single-game sports betting to only Nevada and the famous Las Vegas sportsbook, legislation to allow sports betting in other states. To date it’s either allowed or pending in 13 states.

Over two dozen additional states are now lining up to consider this legislation or to activate laws that are currently on the books. By the end of 2018, there were new bills being considered in 35 states. By the year 2024, it’s estimated that up to 40 states may allow sports gambling, which means approximately 50 percent of all Americans are going to live in a state that allow some type of sports betting by the end of 2019.

By the end of 2018, West Virginia, Rhode Island, Pennsylvania, New Mexico, New Jersey, Mississippi, and Delaware had already authorized legal sports betting. This huge increase helped to boost the industry-wide revenue from regulated and legal sports betting to $430.2 million in 2018 up by about 65 percent from the previous year.

This is expected to continue growing. In coming years more and more states are going to offer legalized sports betting, making it even more popular and profitable than ever before.