This year isn’t a year of sports betting. However, one sportsbook finds a unique solution. MyBookie, Canadian online sportsbook, invited players to place wagers on nine large white sharks’ summer migration routes. The company’s website displayed a range of materials from Ocearch. This non-profit company tracks animal movements over the years, on various aspects of each shark travel route.

The wagering competition has been low in recent months, with most spectator sports out of operation due to the coronavirus pandemic. Wagering on sharks might give participants. Yet other people are concerned about the legal consequences of the combination between these two contradictory acts.

Ocearch Was Not Aware of MyBookies’ Activity at First 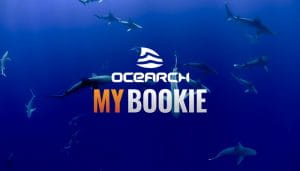 Chris Fischer, Ocearch’s founder, says in an interview that he did not know what MyBookie was doing until he read an article by Forbes about the unusual betting phenomenon. While members of MyBookie approached the company via Facebook earlier in June, a formal meeting is still yet to occur because when the sportsbook virtual opened the event, with no approval from Ocearch.

Ocearch personnel told MyBookie to suspend the site just hours after it came to life on 17 June.

Both parties are still negotiating, and it is not clear whether the betting campaign is going to restart. Fischer emphasizes that while he acknowledges that MyBookie has mismanaged the case, he is not able to abandon the basic idea that the protection of gambling and wildlife should cross over safely.

Over the past, wildlife has been wagered as well. Bookmaker William Hill joined forces to arrange a spring migration betting market of 17 common cuckoos in 2015 with the British Trust for Ornithology. In 2015, in an interview with Audubon, a spokesman for William Hill said the wagers were designed to raise consciousness about cuckoo biologies and behavior. Together with the bookmaker, they donated £1.000 to the birding organization.

“Another online bookmaker, which is no longer in business, placed odds on 2007’s Great Turtle Race, a conservation event that followed satellite-tagged leatherbacks as they “raced” from Costa Rica to feeding areas south of the Galapagos Islands”, – stated David Strauss, MyBookie’s head.

But there is still much uncertainty about the sharks’ experiences, holes which groups like Ocearch wish to fill. The organization has equipped over 100 big white sharks with tags since its foundation in 2007, designed to pinpoint researchers whenever animals break the surface of the water.

Strauss explained that he plans MyBookie to offer Ocearch financial sponsorship. He believes that shark betting isn’t going to generate much revenue for MyBookie. On the other hand, Fisher has stated that Ocearch will need some time to review MyBookie’s proposal and decide whether they will accept the offer. He also added that even if his company doesn’t accept the proposal, he finds the idea of optioning sharks for the gambling industry quite interesting.