On the Quest for Saving West Virginia

West Virginia’s mobile sports betting returns in the gambling market with new sportsbooks to be launched at the end of this month. According to the director of West Virginia’s lottery, two apps have been put on trial and are about to be set any time soon. 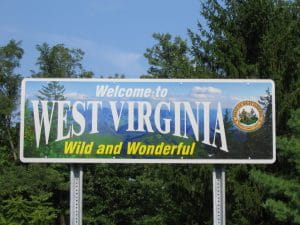 West Virginia Is Back on the Market

The names of the providers are still unfamiliar though it is assumed they will be the sportsbooks supported by Fan Duel and DraftKings in Charles Town and Greenbrier Resort. DraftKings and the lottery have already worked together in testing an app that turned out to be successful but postponed to be launched by the regulator, over concerns relating the locations of the server. Residents in WV have not been able to completely enjoy mobile sports betting due to several hurdles that have occurred along the way. After the federal sports betting ban was lifted, VW became the 5th state to legalize sports betting with all of its forms. Three companies that are now adversaries in court, partnered together to create a commercial platform for better and brighter future in the gambling world. It was an unsuccessful attempt which left the bettors frustrated and unhappy.

What Happened to Sports Betting and Whose Fault Is It?

BetLucky was the platform created by Delaware North iGaming, Miomni Gaming Ltd. and EnterG Software Solutions Ltd. or known as Entergaming. It all began when Miomni and EnterG entered into a partnership for developing a mutual sports betting platform. The idea was to combine technology and product together and offer it to third parties. Afterwards Miomni formed its own coalition with Delaware North iGaming which will lead them straight into the market for sportsbooks supplier, in order to secure the EnterG source code. DNG and Miomni later decided to create their own platform together for licensure across US. The pact was quickly breached over a price dispute between Miomni and EnterG leaving DNG out of the game which resulted in failure concerning mobile betting. The ongoing issues had a dreadful effect on March Madness which is one of the most popular wagering events in the states. Since March 2019 mobile sports betting has been put on hold.

High Hopes for the Upcoming NFL Season. WV Is on the Go

Nevertheless, the future still seems bright for the sports betting enthusiasts especially when Fan Duel and DraftKings are entering the picture. The lottery director, John Myers seems very optimistic about launching the new sportsbooks: “We have wanted to see it up and running as much as anybody. I know that there is some concern that it’s taken a while but when you do something for the time you have to dot the i’s and cross the t’s. Now we think we are there.”

If the online betting is ready to launch before the college football and a week later the NFL season, the revenues will grow and what happened in the past can be easily forgotten. According to the president of the lottery, August 31st, might be the long anticipated date for the new beginning. For the time being, there are three retail sportsbook options in West Virginia: Hollywood Casino at Charles Town races, Mountaineer Casino at Charles Town Races and The Casino Club at the Greenbrier.