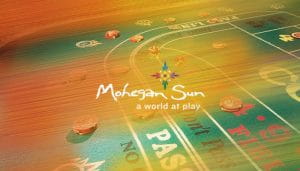 In a statement, Lamont stated that the deal was reached with a lot of effort and commitment, resulting in the best possible outcome for citizens of the state.

“We are extremely fortunate to have such a dedicated partner in these endeavors like the Mohegans, as they have been open to negotiation and a positive path forward which is mutually beneficial.” – said Lamont. He further added that the contract with Mohegan would give a boost to the Connecticut gambling industry.

The Chairman of the Mohegan Tribe, James Gessner Jr., said the company is thrilled to have closed a deal with the Governor of the State of Connecticut, Ned Lamont.

He said that by taking this path, Connecticut would be able to generate tax income from mobile online gambling and internet poker, making it competitive with states that already have a thriving gaming industry. Though expressing gratitude to the executive branch, Gessner stated that the Mohegan Tribe looks forward to continuing to cooperate with the legislative as the process progresses.

The Mohegan Tribe’s contract with Gov. Lamont is a one-off, though other gambling operators in Connecticut, including the Mashantucket Tribe, which owns and runs Foxwoods Resort Casino, have spoken out against it.

Paul Mounds, Chief of Staff of the Governor’s cabinet, informed the legislators of the pending agreement between the Mohegan tribe and the state on legal sports betting and digital gambling.

Both tribes have been in talks with the state of Connecticut since November to get the gambling market into a new era. DraftKings, headquartered in Boston, and the Mashantucket Tribe reached a deal for wireless sports betting rights in December.

Lamont stated that he would like to work with tribal partners in order to bring the gambling industry in the state to a new level.

More About the Agreement

However, whether Gov. Ned Lamont’s conditional contract established with the Mohegan Tribe at the detriment of the Mashantucket Pequot plays out in the coming days remains to be seen. In addition, the Mashantucket Pequot Tribe and the state of Connecticut are currently trying to reach an agreement, but success has been hampered by disagreements regarding the revenue share formula. It comes down to a matter of justice and equality, according to Butler.

The Connecticut Lottery is expected to have the ability to operate a sports betting facility in Hartford, just 27 miles from Springfield, under the terms of a 10-year gaming license with the option of a 5-year extension.

Moreover, there would be a tax rate of around 20% on the new digital gaming, while sports betting revenue would be levied at 13.75%.

In terms of the lottery, it could open 15 retail sports wagering locations while also operating online. The Lottery would also have the power to sub-license some venues to the state-licensed pari-mutuel operator. Finally, there also will be new Lottery-run sports betting places in Bridgeport and Harford.