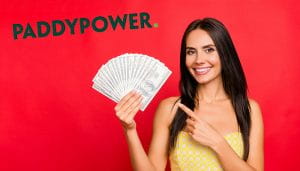 Paddy Power announced their intention to launch the new sports betting venture American SportZ exchange. ASX allows clients to sell or purchase Shares depending on how they forecast the performance of a specific player or team. The startup is presently getting requests to participate in beta testing on its ASX.ai website.

According to Paddy Power, the platform is exploring different models. He stated that teams and clubs have opportunities to involve their fans in these types of businesses. They want fans to stay on their website, not send them somewhere to do all these online activities.

Mr. Power is the primary investor in the startup. He is launching a 500k euro crowdfunding campaign to raise €4.5m in donations to the American stock exchange SportZ. The money will be collected through the Dublin-based Spark crowdfunding website.

Mr. Power is reportedly not expecting a large funding cycle for at least one year. Racing Post’s commercial director Mike Griffin was hired by Mr. Power as CEO of the new company.

The management team will also include staff and executives from JP Morgan and Mr. Power, also Conall Flood, former head at Banco Santander. Paddy Power acted as a spokesman for the Betfair brand, which is publicly traded as Flutter.

A Look at the Fast-Growing American Market

Mr. Power said that the developing American betting market would be the main focus of the ASX.

He also said that “the scope of the betting market is insane and growing. But while it is mostly a vision of American sports right now, but why it would not run in other gambling markets.”

Paddy Power is one of three bettors from Ireland whose combined money led to the foundation of the Paddy Power.

Due to the success of this brand, he also opens more bookmakers in different towns in Ireland and acquires a third of the Ireland Sports gambling market.

In 2000, the company conducted business in the UK and expanded throughout the United Kingdom.

In 2011, the company was ranked as the largest bookmaker in Europe based on the total value of its shares. By 2015, Betfair and Paddy Power signed an agreement and became partners. They were both renamed Paddy Power Betfair and later Flutter.

In 2018, the Stars group and Flutter became partners and created the world’s largest online betting company, worth over $ 12 billion.

Flutter has attracted 6 Million active consumers from the Stars Group’s users. Both companies currently have more than 15 M users.

The merger of both groups resulted in a huge portfolio that has since expanded with new achievements and now includes: