The international sports betting company Parimatch announced their amazing decision to give the boxing legend Mike Tyson the honor to be their latest brand ambassador and promote their brand worldwide along with other UFC legends. Mike Tyson, who is considered to be the iron king of the box, has signed 12-month personal endorsement agreement with Parimatch across Cyprus and CIS region. In other words, the former Heavyweight Champion will be seen in many marketing and advertisement campaigns of Parimatch, the leading betting platforms in the CIS region with headquarters in Cyprus.

Who Is The Legend Mike Tyson? 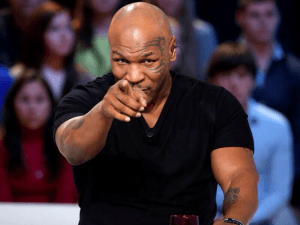 Known to be the most popular boxer in the history, Mike Tyson holds the world record as the youngest world heavyweight champion and is the only boxer who managed to defend the title of absolute champion six times in a row. In addition, he is also the highest-paid heavyweight boxer in the history of this sport and is a member of the International Boxing Hall of Fame. “We are impressed by his inner strength, and today he won us over with his new approach to life. Mike Tyson is a legend in boxing, and Parimatch is legendary in sports betting, which is why he is the perfect addition to Parimatch’s winning team of brand ambassadors,” stated Sergey Portnov, the Chief Executive Officer of Parimatch while speaking to an iGaming Business’ journalist. Later on, he also mentioned that just like Mike Tyson who is a legend in the box, Parimatch is as equal as legendary in sports betting which is the main reason why Tyson is a great addition to their team of brand ambassadors.

Mike Tyson seems to not be any less enthusiastic than the Chief Executive Officer of Parimatch, Sergey Portnov. In fact, in regards of his new position as a brand ambassador of Parimatch, the iron king of the box, Tyson, commented that what connects him and Parimatch are the obsession to be the best, determination, courage and passion for what they do. He also added that Parimatch is very passionate and fired up to win and that’s exactly what attracted him in negotiations with their team.

The boxing legend Mike Tyson will join the Parimatch’s brand ambasadors team along with Shavchenko sisters, Petr Yan and Alexey Oleynik – popular UFC legends whose victories no one could ever ignore. Together they will join the forces to promote Parimatch brand in the best light possible and bring their success to a whole new level. With two million-strong customer base and over 1600 employees worldwide, Parimatch has become the leading betting platforms in the CIS region. On top of that, it is also the official betting and wagering partner for the UFC in EMEA and it is the brand which has sponsorships agreement in a number of sporting institutions in the CIS region. With their headquarters in Cyprus, this online betting company has been established over 25 years and is present on different markets covering more than 60 countries, 20 sports, 200 leagues, and 600 sporting events on a daily basis.